The watch alerts you with beeps at pre-set time(s).

A function that provides altitude by responding to changes in barometric pressure, commonly found in pilot watches. Note that inside a pressurized airplane cabin, the altimeter will register as if on land.

A watch that shows the time by means of hour and minute hands (analog display) as well as by numbers (a digital display).

The most commonly-used term in referring to any analog timepiece that operates on a battery or on solar power and is regulated by a quartz crystal.

Unit of pressure used in watch making to indicate water-resistance.

Provided by the U.S. National Institute of Standards and Technology, Time and Frequency Division, Boulder, Colorado, atomic time is measured through vibrations of atoms in a metal isotope that resembles mercury. The result is extremely accurate time that can be measured on instruments. Radio waves transmit this exact time throughout North America and some "atomic" watches can receive them and correct to the exact time. To synchronize your watch with atomic standard time, call (303) 499-7111.

A watch whose mainspring is wound by the movements or accelerations of the wearer's arm. On the basis of the principle of terrestrial attraction, a rotor turns and transmits its energy to the spring by means of an appropriate mechanism. The system was invented in Switzerland by Abraham-Louis Perrelet in the 18th century.

This term refers to a watch with a mechanical movement (as opposed to a quartz or electrical movement). The watch is wound by the motion of the wearer's arm rather than through turning the winding stem. A rotor that turns in response to motion winds the watch's mainspring. If an automatic watch is not worn for a day or two, it will wind down and need to be wound by hand to get it started again.

An alarm on a divers' watch that sounds when the wearer exceeds a pre-set depth.

A device on a divers' watch that determines the wearer's depth by measuring water pressure. It shows the depth either by analog hands and a scale on the watch face or through a digital display.

The watch face (plate of metal or other material). Dials vary much in shape, decoration, material, etc. The indications are given by means of numerals, divisions or symbols of various types.

A watch that shows the time through digits rather than through a dial and hands (analog) display.

A watch that is water resistant to 200M. Has a one way rotating bezel and a screw-on crown and back. Has a metal or rubber strap (not leather). Has a sapphire crystal and possibly, a wet-suit extension.

A name for a patented power mechanism found on some Citizen watches. This mechanism uses ordinary light to keep a rechargeable battery powered for watch operation. This technology is very sophisticated allowing some watch models to remain powered for up to 5 years in the dark. Watches with Eco-Drive technology will never need to have the battery replaced.

A graduated rotating bezel used to keep track of elapsed time. The bezel can be turned so the wearer can align the zero on the bezel with the watch's seconds or minute's hand. After a period of time passes, you can read the elapsed time off the bezel. This saves you having to perform the subtraction that would be necessary if you used the watch's regular dial.

Process of covering metal articles with a film of other metals. The article is immersed in a chemical solution; electric current (D.C.) flows through the solution from a piece of metal (anode) to the article (cathode), depositing metal thereon by electrolysis. Metals which can be used for plating are.

Thin plate of glass or transparent synthetic material, for protecting the dials of watches, clocks, etc.

Yellow precious metal which is stainless and very malleable. Used in alloys to make jewelry, bracelets and watches. The portion of gold in the alloy is indicated in carats (k).

A layer of gold electroplated to a base metal.

Indicator usually made of a thin, light piece of metal, very variable in form, which moves over a graduated dial or scale. Watches usually have three hands showing the hours, minutes and seconds.

Synthetic sapphires or rubies that act as bearings for gears in a mechanical watch. The jewels reduce friction to make the watch more accurate and longer lasting. Generally made of synthetic material, except for the precious or semi-precious stones (ruby, sapphire, and garnet) which are sometimes used in "de luxe" watches.

Refers to the Seiko line of Kinetic watches. This innovative technology has a quartz movement that does not use a battery. Movement of your wrist charges a very efficient capacitor which powers the quartz movement. Once the capacitor is fully charged, men's models will store energy for 7-14 days without being worn. Ladies models store energy for 3-7 days. Of course, if the watch is worn every day the capacitor is continually recharged. The watch alerts you to a low capacitor charge when the seconds hand starts to move in two second intervals.

A chronograph function that lets the wearer time segments of a race. At the end of a lap, he stops the timer, which then returns to zero to begin timing the next lap.

A digital watch display that shows the time electronically by means of a liquid held in a thin layer between two transparent plates. All LCD watches have quartz movements.

Projections on a watch face to which the watch band or bracelet is attached.

Self illuminating paint used on hands and markers.

A feature, usually consisting of a graduated scale on the watch's bezel, that lets the wearer translate one type of measurement into another-miles into kilometers, for instance, or pounds into kilograms.

A movement powered by a mainspring, working in conjunction with a balance wheel. Most watches today have electronically controlled quartz movements and are powered by a battery. However, mechanical watches are currently enjoying resurgence in popularity.

Watch glass that has been tempered to increase its scratch resistance.

An indicator that keeps track of the phases of the moon. A regular rotation of the moon is once around the earth every 29 days, 12 hours, and 44 minutes. Once set, the moon phase indicator accurately displays the phase of the moon.

Iridescent, milky interior shell of the fresh water mollusk that is sliced thin and used on watch dials. While most have a milky white luster, mother-of-pearl also comes in other colors such as silvery gray, gray blue, pink, and salmon.

The inner mechanism of a watch that keeps time and moves the watch's hands, calendar, etc. Movements are either mechanical or quartz.

A type of calendar that automatically adjusts for months of different lengths and indicates February 29 in each leap year.

Coating a metal base with another metal. In watch making a stainless steel base is coated with gold seven to 20 microns thick.

One of the rarest precious metals, platinum is also one of the strongest and heaviest, making it a popular choice for setting gemstone jewelry and watches. It has a rich, white luster, and an understated look. Platinum is hypoallergenic and tarnish resistant. Platinum used in jewelry and watches is at least 85 to 95 percent pure. Many platinum watches are produced in limited editions due to the expense and rarity of the metal.

Brilliant metal surface obtained on the watch-case with fine abrasive.

A feature that shows when the watch will soon need a new battery or winding. A battery reserve indicator on a quartz watch informs the wearer when the battery is low. Often this is indicated by the second's hand moving at two or three-second intervals. Seiko's Kinetic watches are quartz watches that do not have a battery (see Kinetic). When a Seiko Kinetic needs to be wound, the seconds hand will also move in two second intervals.

A movement powered by a quartz crystal. Quartz crystals are very accurate. They can be mass produced which makes them less expensive than most mechanical movements which require a higher degree craftsmanship.

A bezel (the ring surrounding the watch face) that can be turned. Different types of rotating bezels perform different time keeping and mathematical functions.

Synthetic corundum crystal with a hardness second only to diamond. Transparent sapphire is used for scratch-proof watch glasses.

A crown which aids water resistance by sealing the crown against the case. The seal is achieved by the matching of a threaded pipe on the case with the crown's internal threads and gasketing while twisting the crown to lock it into place.

Basic unit of time (abbr. s or sec), corresponding to one 86,000th part of the mean solar day, i.e. the duration of rotation, about its own axis, of an ideal Earth describing a circle round the Sun in one year, at a constant speed and in the plane of the Equator. After the Second World War, atomic clocks became so accurate that they could demonstrate the infinitesimal irregularities (a few hundredths of a second per year) of the Earth's rotation about its own axis. It was then decided to redefine the reference standard; this was done by the 13th General Conference on Weights and Measures in 1967, in the following terms.

As defined by U.S. government regulation, a watch's ability to withstand an impact equal to that of being dropped onto a wood floor from a height of 3 feet.

A device, consisting of logarithmic or other scales on the outer edge of the watch face that can be used to do mathematical calculations. One of the scales is marked on a rotating bezel, which can be slid against the stationary scale to make the calculations. Some watches have slide rules that allow specific calculations, such as for fuel consumption by an airplane or fuel weight.

A watch that uses solar energy (from any light source) to power the quartz movement.

A watch with a seconds hand that measures intervals of time. When a stopwatch is incorporated into a standard watch, both the stopwatch function and the timepiece are referred to as a chronograph.

A watch band made of leather, plastic or fabric.

A small dial on a watch face used for any of several purposes, such as keeping track of elapsed minutes or hours on a chronograph or indicating the date.

(aka. "Tachymeter") a feature found on some chronograph watches, measures the speed at which the wearer has traveled over a measured distance. In watch making, a timer or chronograph with a graduated dial on which speed can be read off in kilometers per hour or some other unit (see "timer").

A rectangular watch designed by Louis Cartier. The bars along the sides of the watch were inspired by the tracks of tanks used in World War 1.

Instrument used for registering intervals of time (duration, brief times), without any indication of the time of day.

The "space age" metal, often with a silvery-gray appearance. Because it is 30 percent stronger and nearly 50 percent lighter than steel it has been increasingly used in watch making, especially sport watch styles. Its resistance to salt water corrosion makes it particularly useful in diver's watches. Since it can be scratched fairly easily, some manufacturers use a patented-coating to resist scratching. Titanium is also hypo-allergenic.

A term use to indicate that a watch has both "silver" and "gold" tone color which may or may not be genuine gold or silver.

An elapsed time rotating bezel (see "elapsed time rotating bezel"), often found on divers' watches, which moves only in a counterclockwise direction. It is designed to prevent a diver who has unwittingly knocked the bezel off its original position from overestimating his remaining air supply. Because the bezel moves in only one direction, the diver can err only on the side of safety when timing his dive. Many divers' watches are ratcheted, so that they lock into place for greater safety. 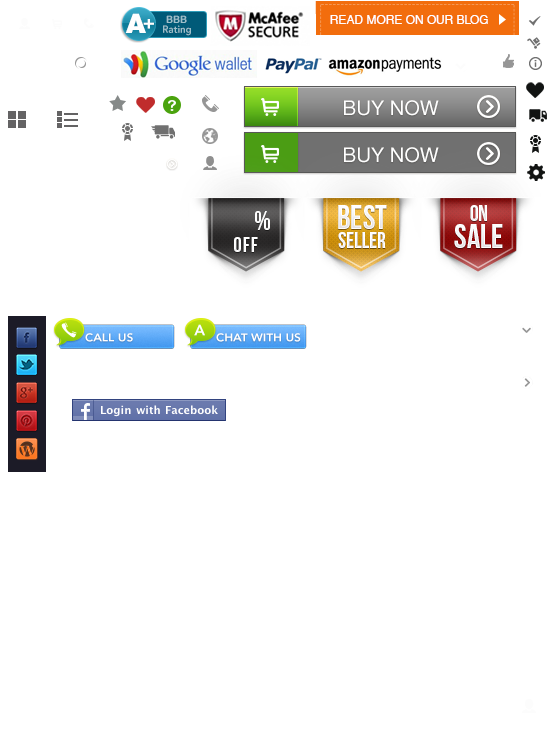