Swiss luxury watchmaker Zenith was formed with the vision of George Favre-Jacot in 1865 who imagined creating the most reliable and accurate watches in the world by housing all of the various manufacturers of a timepiece in one place. By having all of the different watch manufacturing part experts in one place, Favre-Jacot envisioned having total control of all parts and instruments. This idea later came to fruition as Zenith came to be one of the most highly regarded and most precise watchmakers ever with over 2,000 awards and over 300 patents filed. 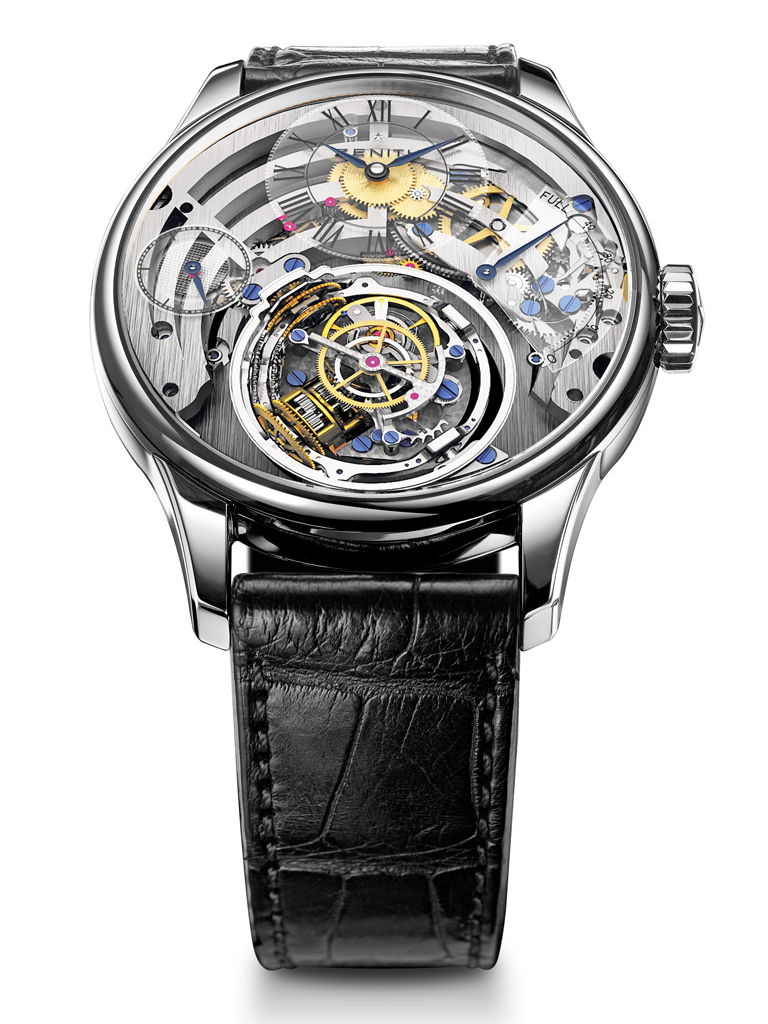 Zenith is one of the few luxury watch manufacturers that fosters and crafts their entire timepiece from start to finish. Being one of the elite groups that are in control of each phase of production, you can expect to get only the best in design and function with the most accurate movements. Zenith’s collection of watches overall are very minimalist yet powerful in both appearance and performance.
Their latest release, the Christophe Colomb Skeleton is no exception.

The Christophe Colomb Skeleton was created after years of concentrated research and development and pays tribute to both the famed explorer Christopher Columbus and their own Lépine chronometer movement known as the “Echappement Colomb.” Together, these two concepts resulted in a revolutionary timepiece that can defy the effects of gravity on the timepiece by keeping the mechanism horizontal at all times regardless of the wearer’s movements thereby keeping the most accurate time possible. The Christophe Colomb Skeleton utilizes a centuries old technology called the Cardan suspension system which was frequently used in gyroscopes in the past.

The Skeleton is a limited edition version of the original Christophe Colombe timepiece which was created with the same Cardan suspension system. Although the two watches bear some similarities, the Skeleton vastly differs from the original when it comes to appearance. The Christophe Colomb Skeleton appears just as you would expect the bare bones or framework of a watch to look like. The Skeleton has a 45-millimeter platinum case, blue steel hands and sapphire dials which can all be clearly and beautifully seen through the skeleton dial.

One of the truly unique timepieces out on the market today based on its look and features, the Christophe Colomb Skeleton is sure to be a conversation starter anytime you wear the watch. This ultra-exclusive timepiece was limited to only 25 pieces making it even more desirable and unique. If you are a serious watch
collector with a proclivity for innovation yet appreciate old world expertise, the Christophe Colomb Skeleton is a perfect match.