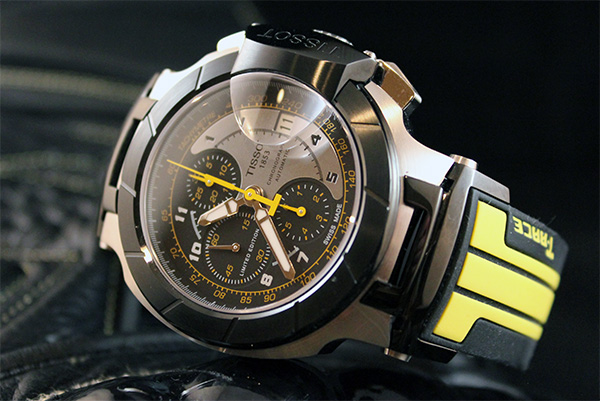 Exactly what kind of timepiece would Tissot create to celebrate the MotoGP? One’s imagination could go wild with speculation as the MotoGP stirs up images of racing stripes, burnt rubber and guts and glory. Tissot has flawlessly captured the spirit of MotoGP and the talent of all the participants while maintaining a sleek and sporty aesthetic.
Watch collectors and motorcycle enthusiasts will fall in love with the Tissot T-Race 2012 with its easily readable design and colors, specially constructed components that pay homage to motorcycles and their unique parts. The Tissot T-Race 2012 features brightly contrasting colors on the bracelets and dials which makes the dials highly visible amongst the sub dials and numerals. The bracelet was modeled after a motorcycle tire and the PVD bezel is fashioned to resemble a brake disc without appearing gimmicky or tawdry. 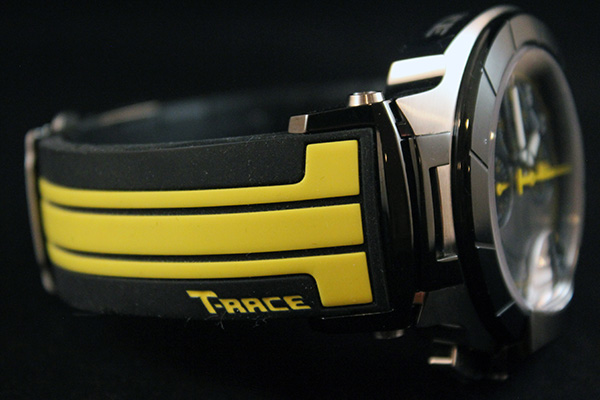 The stainless steel case measures 45.3 millimeters by 50.26 millimeters, has a sapphire crystal glass, automatic movement, water resistant to 330 feet, and the dial bears Arabic numerals and index markers. The C01.211 movement is said to be unfinished which Tissot has cleverly concealed with a painted rotor and wheel spoke motif that redirects your attention and removes the focus from the movement. 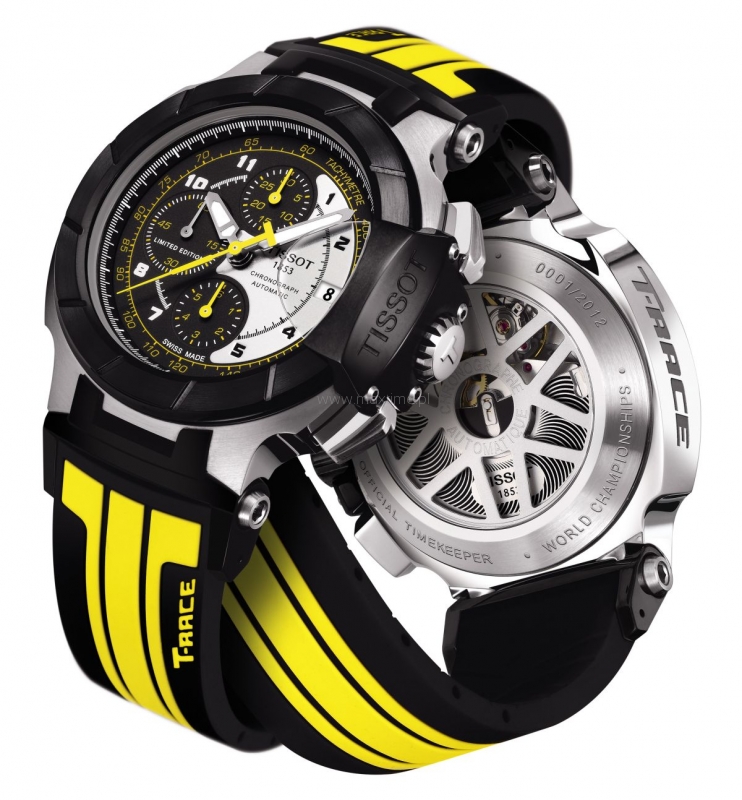 There are two Quartz variations of the Tissot T-Race 2012 in limited quantities of 8,888 pieces and an automatic variation limited to 2,012 pieces. The Tissot T-Race 2012 makes an excellent gift for yourself or any MotoGP fan who appreciates fine Swiss luxury watches. What better way to show your adoration for the premier racing event of the world along with Tissot’s custom of upholding tradition while presenting groundbreaking technology into their timepieces. Tissot prides themselves on being one of the more affordable brands of Swiss watches while adhering to strict standards of quality in their parts and manufacturing.
Grab the Tissot T-Race 2012 for a sporty and attractive watch that displays your love of the sport and your penchant for high fashion and speed.