Officine Panerai is making plans to increase production and open new boutiques for its luxury watches by the end of March 2013, in addition to those that the company already has around the world.

The Florentine company plans to open 15 boutiques, adding to the 33 that are currently opened, in hopes to move towards the world of retail.

“We are changing our distribution, reducing wholesale and increasing the retail because we are confident retail will be a part of our future,” Angelo Bonati, CEO of Panerai, said to Dow Jones Newswires during an interview at the Salon International De La Haute Horlogerie show in Geneva, Switzerland.

Bonati also said that the company earns a higher profit selling through its own branded boutiques, but rejected to reveal the balance between retail and wholesale revenue.

“The new boutiques will improve our sales for sure, but they will also improve our image. Image is more important than sales, especially at the beginning because image produces sales,” he said.

Four of the new boutiques will launch in Asia in the the cities of Bangkok, Hong Kong, Macau and Shanghai. Four more will open in the Middle East and three will be set up in North America. Panerai will also open one in Sao Paolo, Brazil. Locations have yet to be decided for the remainder of the boutiques.

“If you don’t have your own retail in Asia you are nothing,” said Bonati.

Panerai is also planning to increase production and efficiency by building a factory in Neuchatel, Switzerland in March.

Upon opening, the new factory will likely replace an existing one in the city. Panerai currently employs 130 people in production, but will recruit extra workers for the new factory, increasing the number of employees to 300.

Bonati added that 2011 has been one of the most successful years, in terms of sales, for Panerai and that the company will likely grow in 2012.

Currently, Panerai has boutiques all over the world, including the cities of New York, Madrid, Dubai, Tokyo, Buenos Aires, Moscow and Paris. With four lines of timepieces – Historic, Contemporary, Specialties and Special Editions – each boutique acts as a meeting place for the luxury brand’s customers, collectors and fans. Typically, Panerai produces fewer watches than the market demands and many are categorized as “limited” or “special edition.” Retailers are usually put on a waiting list to receive popular models, as they receive few limited edition timepieces per year.

A vintage look but the same timeless quality and craftsmanship is unveiled in the new Panerai Radiomir 1940 and the Radiomir 1940 Oro Rosso. Released at the SIHH watch fair in Geneva, the Special Edition watches speak classic style and tradition.

Panerai, founded in 1860 by Giovanni Panerai, began with a small watchmaker’s shop in Florence, Italy. It was his grandson that took the business to new heights with high precision mechanisms. Not long thereafter, Panerai became the official supplier to the Italian Navy for underwater missions. The navy was looking for a reliable and water tight instrument. Panerai was able to deliver. The company began equipping the navy with precision instruments, wrist compasses and wrist depth gauges. With such an endorsement, recognition of the Panerai brand flourished.

The Panerai Radiomir 1940 Special Edition timepieces were inspired by their 1930s predecessor and incorporate some of the same traditional features such as:

The differing features on the two watches are characterized by the dial colors. The Radiomir 1940 dial consists of stainless steel with a polished finish and comes in black. The Radiomir 1940 Oro Rosso comes in brown with a red gold dial. The red gold color is achieved through a special alloy high in copper. A small dose of platinum prevents oxidation. The matching alligator strap and polished red gold buckle create an overall smooth blend of tones and richness.

Both Radiomir Special Editions come with clear sapphire crystal case backs which allow viewing of the OPXVII hand-wound mechanical movement. The watch dials are easy to read with their luminous Arabic numerals and hour markers. The power reserve is 55 hours and both watches are water-resistant (of course) to 30 meters.

Unfortunately, the Radiomir 1940 models are limited editions of 100 units each, a very small number. Panerai produced 50 sets of the two watches. They are packaged in a special box which contains the two models with the same millesime numbering.

Panerai has continued their tradition of releasing timepieces that speak of quality, elegance and precision. The history of the brand is rich with new innovations and discoveries. Panerai has taken that craftsmanship and molded it into a style that is vintage yet still fashionable in today’s world. 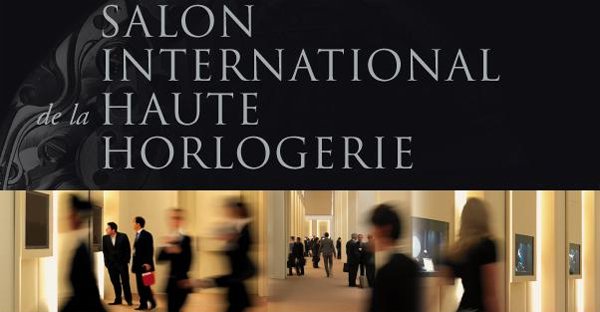 The Salon International de la Haute Horlogerie (SIHH), a private event in Geneva, Switzerland that exhibits luxury watch brands, is but a few days away.

Last month, Panerai released its preview for the 2012 event – and this timepiece is sure to impress. Only 18 exhibitors will be present at this esteemed event, and only 12,500 privileged guests will be in attendance.

The Luminor Marina 1950 3 Days Automatic is a 47mm vintage watch. The timepiece is comprised of 21 jewels and two spring barrels. It is a limited edition timepiece, with only 2,000  in circulation.

It has a classy brown leather strap and a stainless steel case. The dial of the watch is covered by a 3mm thick plexiglass crystal, and its watch face is marked with Panerai’s classic large Arabic numerals. Truly a marvel.

And that’s exactly what the guests at the SIHH 2012 will be doing – marveling. This high class event is any watch lovers dream. 30,000 square meters of exhibition space, 1,500 represented points of sale and 1,200 journalists to cover it all makes SIHH the luxury watch event of the year, every year.

A bevy of international watch brands will be showcasing their newest and most spectacular designs, “the result of often years of intensive research” according to the SIHH 2012 official website.

“Perfection through Tradition,” is the mantra of this event. The SIHH values ingenuity in the industry, but equally supports the notion of presenting watches that are defined by “craftsmanship and technique.” The Luminor Marina 1950 will fit right in, for obvious reasons.

The Luminor Marina 1950 finished its debut at a Milan exhibition called “The “O’Clock – time design, design time,” earlier this week, just in time for the SIHH. This event fostered quite a different vibe than the upscale and traditional SIHH event usually does. Rooted in exploring the relationship between time and design, the contemporary Milan exhibition used Panerai’s vintage, chic watch in an “in-depth reflection about time.”

Its versatile audience makes the Luminor Marina 1950 one of the hottest and most highly anticipated items in luxury watches this year.

Panerai is hosting a tribute to Galileo with the unveiling of new collections which are celebrating the famed astronomers scientific contributions and his impact on modern timepieces.

On November 2nd 2011, luxury watch manufacturer Officine Panerai hosted “Time and Space: A look back at the Clockwork Universe” at the famed Explorers Club in Manhattan, to commemorate the 400th anniversary of Galileo discovering the four largest moons of Jupiter. Rafael Alvarez, president of Panerai’s North American Operations co hosted the event which included explorers, astronauts and some of the world’s leading astronomers. On display were three of the most unique timepieces Panerai has created, the L’ Astronomo, Lo Scienziato and a planetarium clock entitled Jupiterium. Panerai was offered 2 million euros for the Jupiterium but decided to donate the clock to the Museum of Science which has recently been reopened as Museo Galileo after two years of extensive remodeling. Panerai representatives intimated that the decision to not sell the clock was due to its creation being a showmanship of their watchmaking talent. All of these magnificent timepieces will also be on display at The Salon International de la Haute Horlogerie (SIHH) in Geneva which opens on January 16th 2012.

News for the brand continues with the creation of the 3000P, which features a new hand wound movement in a sleek 5.3mm case. It has a three day power reserve, 21 jewels with over 20 thousand alterations per hour. The construction is solid with a large brush finished bridge that covers the mechanical parts of the watch. This calibre was created in direct response to the Asian markets incline toward compact movements.

Earlier in the year Mr. Panerai launched an exhibition “Time and Space: A tribute to Galileo Galilei” that is currently traveling throughout Italy honoring the astronomers great achievements. The exhibit features more than 100 vintage Panerai timepieces in addition to tools and instruments used during the evolution of mechanical watch manufacturing. This comprehensive exhibit will be appreciated by Panerai fans and horology aficionados, since it includes a rare collection of timepieces that were created in the 1930s by Panerai, when he was the official supplier for the Italian Navy. In an opening ceremony Angelo Bonati, CEO of Panerai Italy said ‘This successful exhibition is also celebrating Officine Panerai’s honored past and the brands bold step into the future.’ He also announced plans to open 20 new boutiques in the region within the next few years.

Looking for a luxury watch with some simple strength and functionality? Panerai is certainly an impressive name to turn to; the company has been making watches for over a century, and their craftsmanship is such that some of their early business was with the Royal Italian Navy. With such an admirable history, there is no question as to Panerai’s reputation. But does the Panerai Luminor Base Left Handed PAM 00219 live up to it?

First off, I should clarify that while this watch is designed for left-handers ( …ironically, to be worn on the right hand ), the exact same product is available in reverse, so all are welcome to read and consider. It is interesting though that the Luminor Base is offered as a left-handed watch; this isn’t something you often see advertised. Certainly a plus if it applies to you.

As for it’s appearance, it looks good. Not great, not even really unique, but good. A black watch face is decorated only with the 12, 3, 6 and 9 hour numbers, with lines for the other hour-marks. The hands are cool, straight white-and-gray with pointed tips, but these aren’t remarkable either.

As a utility, however, the Luminor Base does gain a foothold over other plain luxury watches. The power reserve of 56 hours exceeds most of what I tend to see, and special anti-shock devices protect against jarring. The 3.5mm-thick crystal is anti-reflective ( as most are ), but most impressive is the water resistance of 300 meters. For a luxury product not specifically designed towards divers, this is a bit more than you usually see, and it’s a welcome addition that the watch can handle submersion short of serious deep diving.

However, after all that, the Luminor Base has a list price of $6,200 – although of course this is the highest and will likely be lower from some retailers. Still, from what I’ve seen of the watch selection so far, this seems a bit steep. I expect the price has something to do with good workmanship, and the 300-meter water resistance that impressed me, because I wouldn’t attribute it to its composition. All steel and leather, there doesn’t seem to be anything remotely flashy to warrant the price tag. And while I’m certain that the watch is a very reliable, sturdy instrument, even its utilities seem to be lacking. With no chronograph, or even date, it simply doesn’t compete with others, unless you’re looking specifically for a simple, serviceable time-telling instrument.

I urge prospective buyers to study this product carefully. Fortunately, this is made easy by Panerai’s site, and a full list of specifications can fill in any gaps this review may have missed. I imagine some customers would be very happy with the Luminor Base, but I also suspect that these are a narrow audience. To those who want a serviceable, sturdy instrument that can handle some shocks and underwater activity, with no flash or extraneous functions… I present your dream watch. For the rest of you… take a look! But take looks elsewhere as well.