Hublot designed a special edition diver’s watch, so special that there are only 20 pieces of Hublot’s Oceanographic 4000 Cheval Blanc Randheli Special Edition. 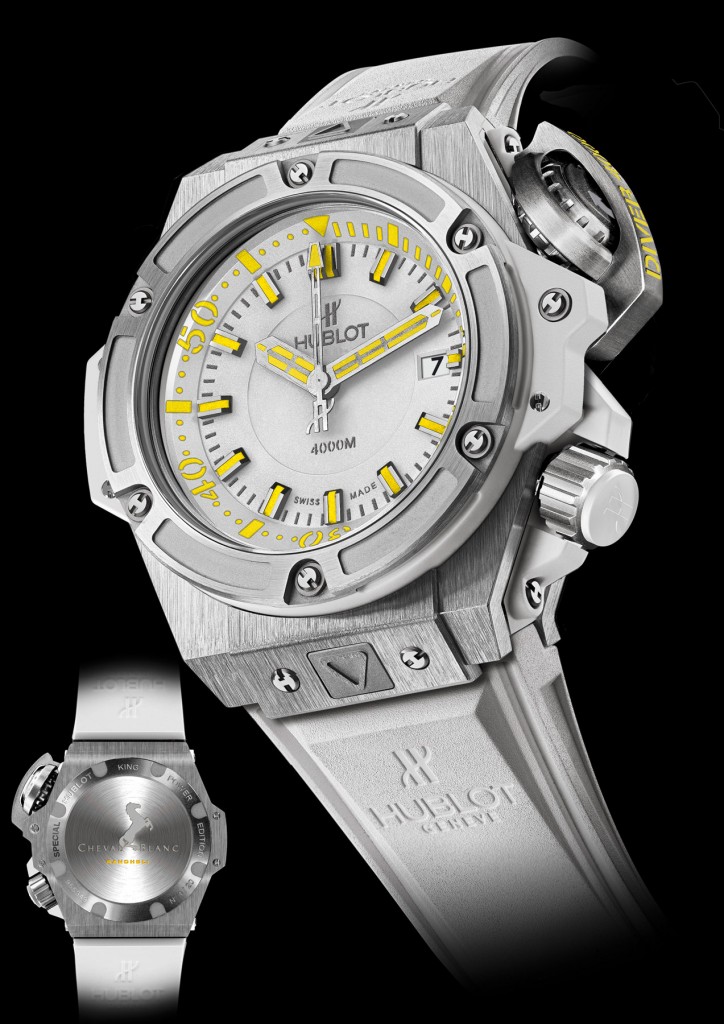 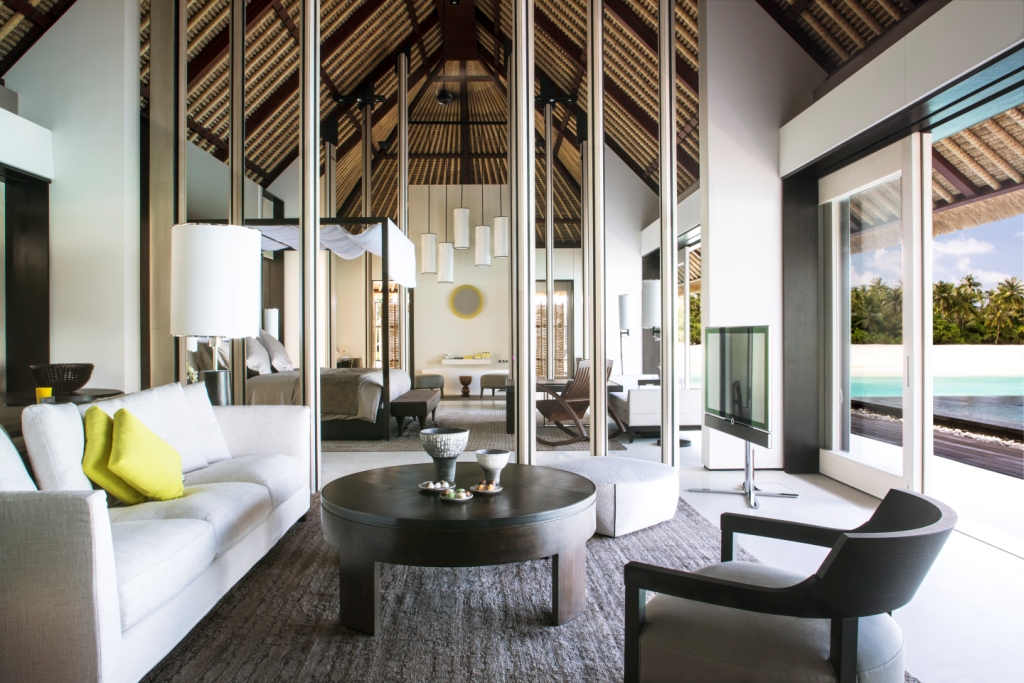 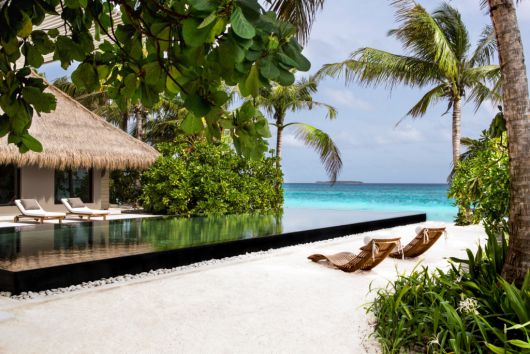 Oceanographic 4000 Cheval Blanc underwent testing inside Roxer Tank where it was placed in a controlled pressurized environment equivalent to 5000 meters under water, however, is actually capable of withstanding pressure at 4000 meters, the depth at which it can be worn.

Hublot Oceanographic 4000 Cheval Blanc Randheli has a 48 mm case crafted in light weight grade 2 titanium which is accentuated in a finely brushed satin finish. Its visual presentation is further illustrated in vibrant colors of white and yellow making it quite unique from the usual black color norm for most diver watches. The dial, flange and hands have been treated with in a bright yellow SuperLuminova™ hue allowing for readability when diving at a distance of 25 cm in the dark.

Oceanographic 4000 Cheval Blanc Randheli has a helium valve which helps emit gases that the watch might intake while diving under water. The valve is located on the left side of the case which is attached at 10 o’clock. 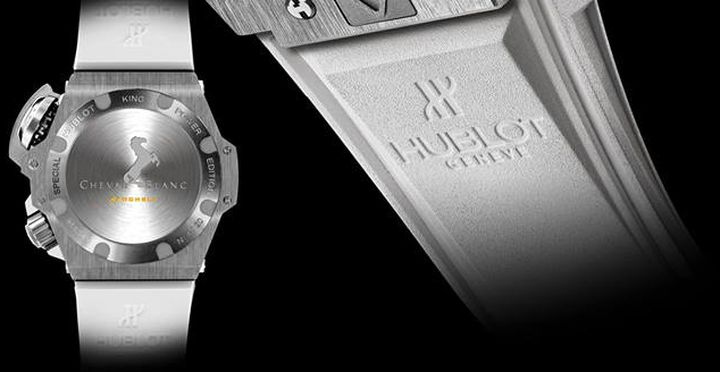 As mentioned earlier Hublot Oceanographic 4000 Cheval Blanc Randheli is a special limited edition timepiece of only 20 pieces with a retail price of $26,000 (USD).

For a selection of other Hublot watches please visit watchesonnet.com. 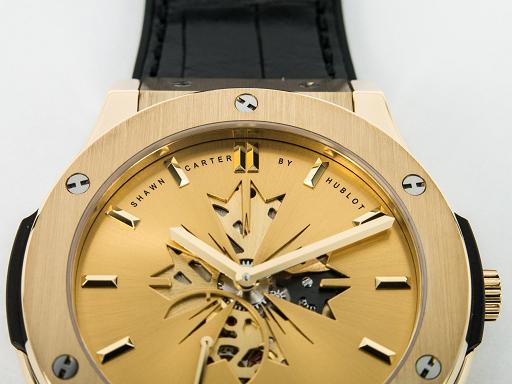 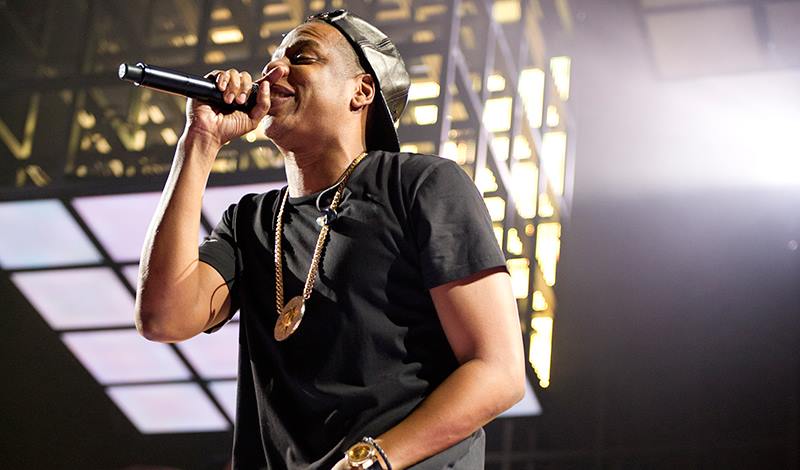 Shawn Carter Classic Fusion was unveiled last October at Zurich’s Dolder Grand hotel. It made its US debut at Barneys New York – A New York Holiday collection. Shawn Carter Classic Fusion was again celebrated on January 13 at Jay Z’s kick off of his Magna Carta Tour in Brooklyn where Hublot welcomed VIPs in lavish-style announcing the availability of the limited-edition watch in select Hublot boutiques worldwide. 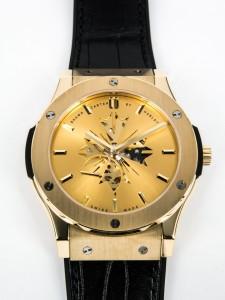 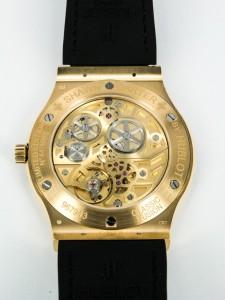 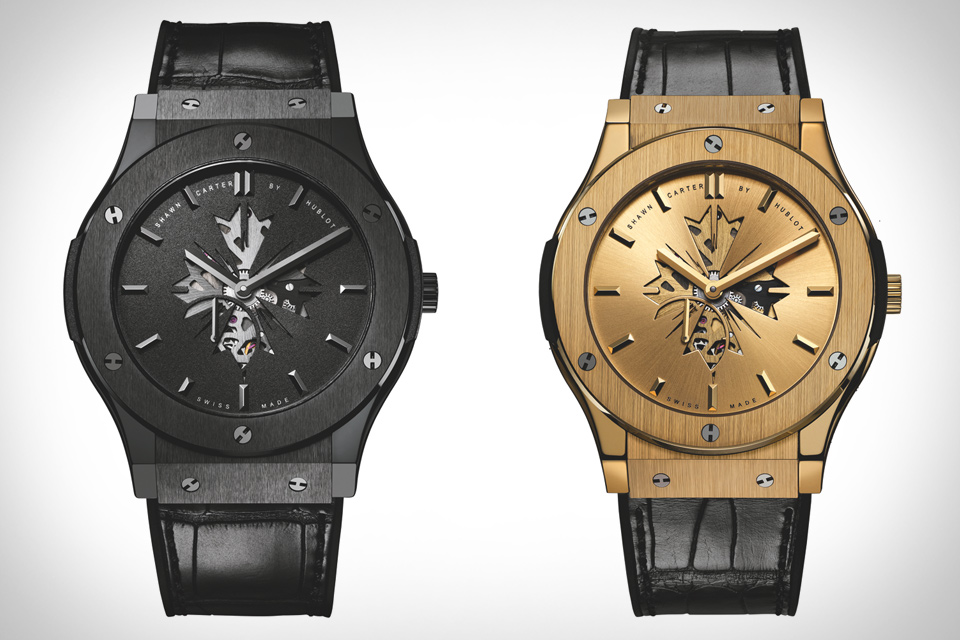 Acquiring a limited-edition Shawn Carter Classic Fusion watch may become somewhat of a challenge with a wealth of global fans eager and ready to purchase one of these incredible watches, sales of which earns royalties of 25 percent to benefit the Shawn Carter Foundation (a New York based charity helping students facing socio-economic hardships acquire higher-learning scholarships). However, chances are fans may not have to wait long as Hublot’s charismatic brand ambassador Mr. Carter will undoubtedly rap in timely with a verse from On to the Next One.

Luxury watchmakers are piloting their financial sights towards South America to target one of the largest emerging markets – Brazil.

According to a report released February 2008 by Citigroup Analyst Geoffrey Dennis, he predicted Brazil was gaining headway as one of the world’s largest emerging markets per a measured leading index of its state-run oil companies. So what exactly is drawing watchmakers to setup marketplaces in Brazil, while the country steadily pole vaults into emerging market status? The 2014 FIFA World Cup. 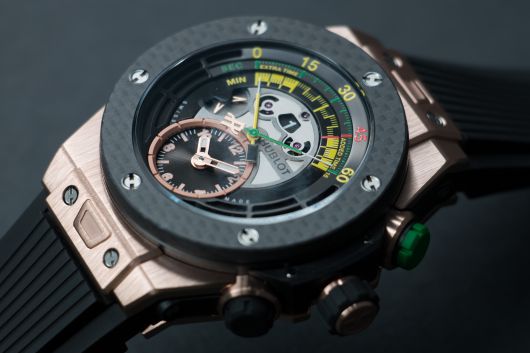 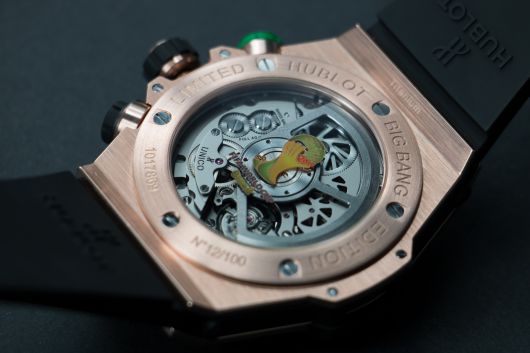 The FIFA World Cup is a major soccer sporting event scheduled to be hosted by Brazil from June 12 to July 13, it is expected to attract television advertisers and billions of viewers from around the world. Another drawing factor for watchmakers is the 2016 Olympic Games slated to be in Rio de Janeiro. These highly publicized events are expected to heighten Brazil’s local economy as well as attract a plethora of worldwide visitors and sport fans, raising the stakes for watchmakers to capitalize on watch sales.

Major watch brands have been announcing new store openings or expansion projects in the country, which is known for its shopping enthusiasts. At the forefront of this inbound migration of watchmakers is Hublot, who is also the Official Timekeeper of the 2014 FIFA World Cup. Hublot is opening a new store in Rio de Janeiro and just announced its release of the Official Watch of the 2014 FIFA World Cup Brazil – Big Bang UNICO Bi-Retrograde Chrono watch. It is Hublot’s first production of a bi-retrograde function watch with a central chrono and a movement with patent pending. Hublot also just welcomed Brazilian native Gustavo Kuerten, aka Guga, to their family of brand ambassadors last year.

Luxury watchmakers IWC, Omega, Piaget and Vacheron Constantin are brands that have opened or are moving to open new stores in Brazil, all of whom are banking on the prospect that local consumers and event visitors will help increase their profit margins, provided that the country’s rising taxes takes a downward spiral over the next few years. Despite the country’s high taxes Stephen Urquhart, Omega CEO, views a store opening as a profitable opportunity that it plans to carefully gauge while anticipating lower than usual sales margins. Juan-Carlos, head of Vacheron Constantin Geneva Manufacture, chimes in on the same note indicating that its Sao Paulo store’s goal is to offer first-class after-sales service that leads to loyal established customers. 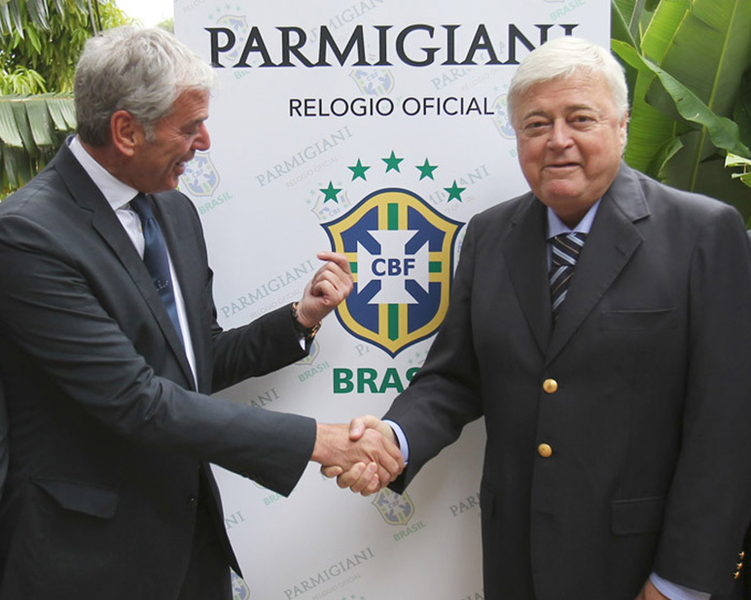 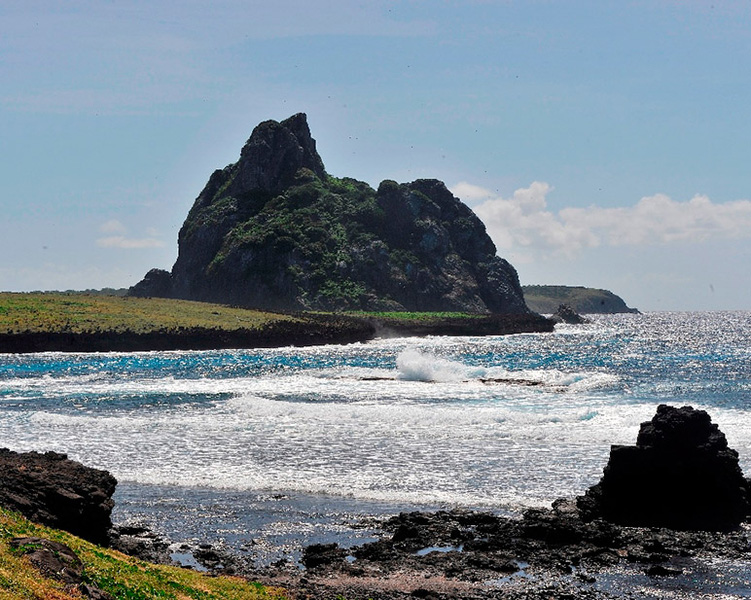 For the moment it appears that the stakes are high with major watchmakers wagering an “all in” approach for the gradual promise of profit margins, margins that will ultimately contribute to the rise of Brazil’s emerging market status.

Hublot has ventured into the competitive courts of Kobe Bryant and captured his fierce competitive persona in the Power King Black Mamba watch, to the extent that it brings a come hither appeal that’s so venomous it’s sure to visually stun the fellas. 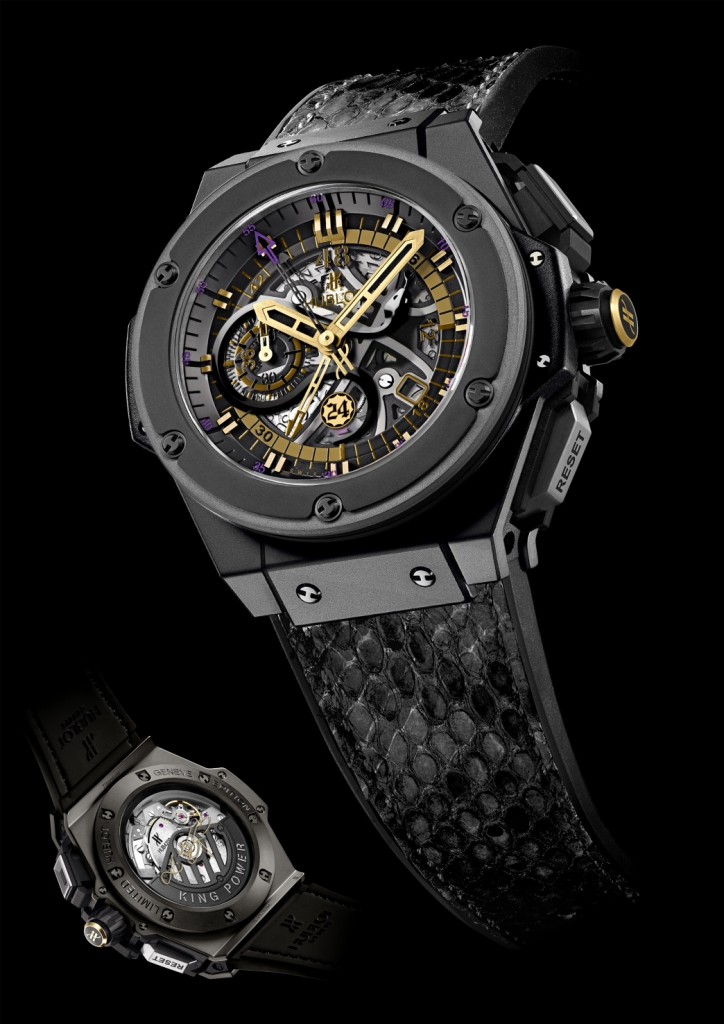 Power King Black Mamba venomously charms with a 48mm micro-blasted black ceramic case and a micro-blasted ceramic and titanium bezel secured with six black PVD H-shaped relief titanium screws. The open-works dial reveals a silver/black colored Mamba that flamboyantly slithers around the counter at 9 o’clock and Kobe’s court number “24” at 6 o’clock. The dial has been designed based on an elaborate layering concept to reveal the fusion of its aesthetic DNA. 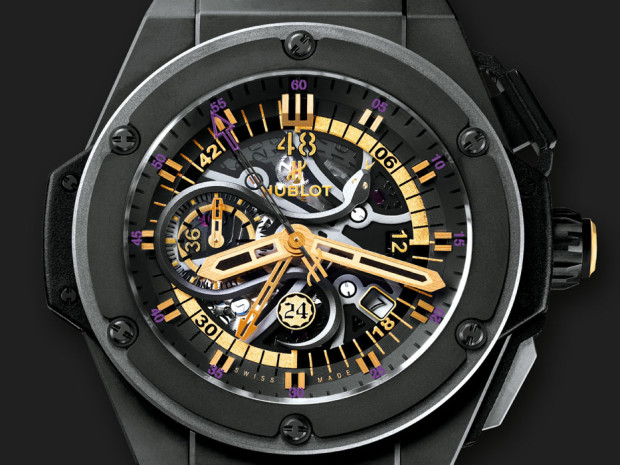 Power King Black Mamba is Swiss Made and has Hublot’s HUB 4248 mechanical self-winding chronograph movement which consists of 249 components. It has 28 jewels, a frequency of 4Hz with a power reserve of 42 hours, and it is water resistant up to 10 ATMs. Black Mamba is adorned with, of all things, a python snake strap that is sewn on black rubber, and it has a clasp deployant buckle that is micro-blasted black PVD titanium and ceramic. 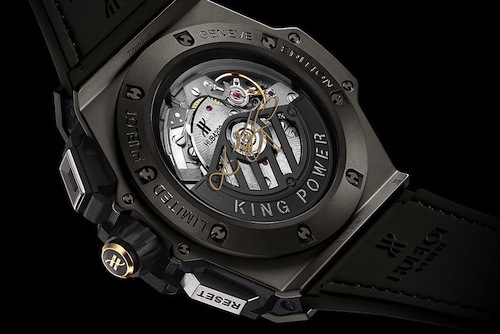 Kobe Bryant Power King Black Mamba is a limited edition series timepiece of 250 numbered pieces, and is said to be inspired by Kobe’s personality and long standing basketball career. Hublot formally announced Kobe Bryant as one of their newest brand ambassador on March 20, 2013. Bryant a 5-time NBA Champion and team member of the Los Angeles Lakers was pleased to join the ranks of Hublot’s other notable ambassadors Olympian Usain Bolt,  basketball star Dwyane Wade, and soccer legend Diego Maradona. 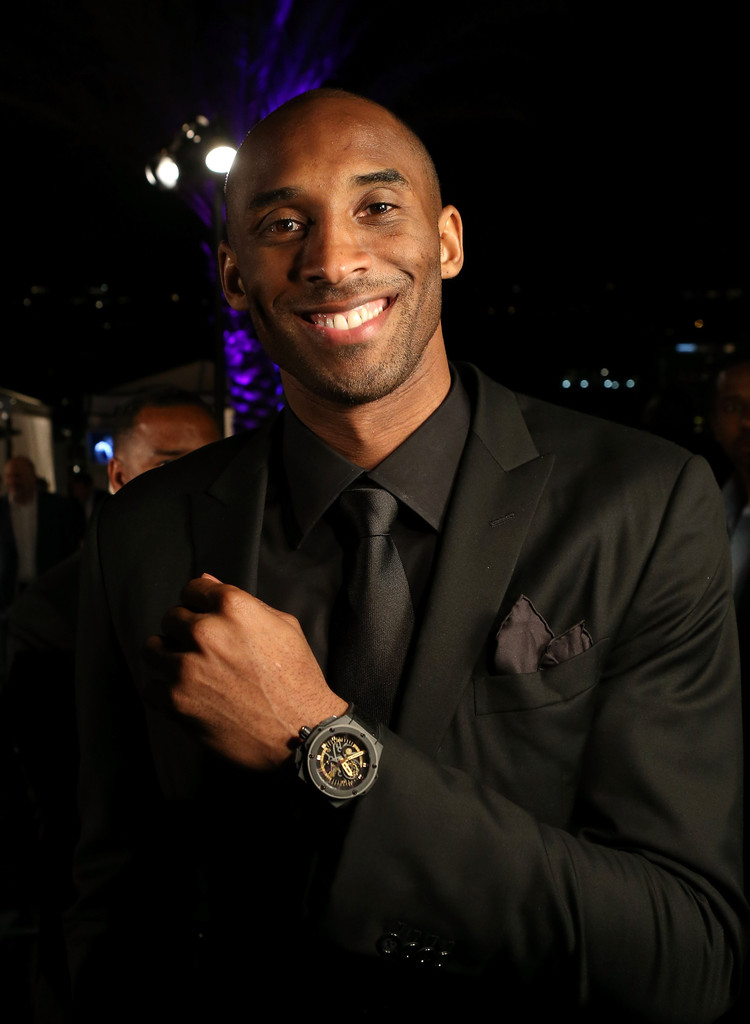 On April 26 we blogged about the Kobe Bryant Hublot Power King Black Mamba, well it appears this striking watch has taken its venomous appeal East of the US into China.

That’s right Hublot and Kobe Bryant introduced King Power Black Mamba to China where it was unveiled and received with welcomed arms at a special themed party in Shanghai China. Kobe Bryant and Loic Biver, branding director of Hublot China, introduced brand ambassador Kobe Bryant’s Black Mamba to the Chinese market at Hublots’ boutique on Nanjing West Road on the evening of August 7, 2013. 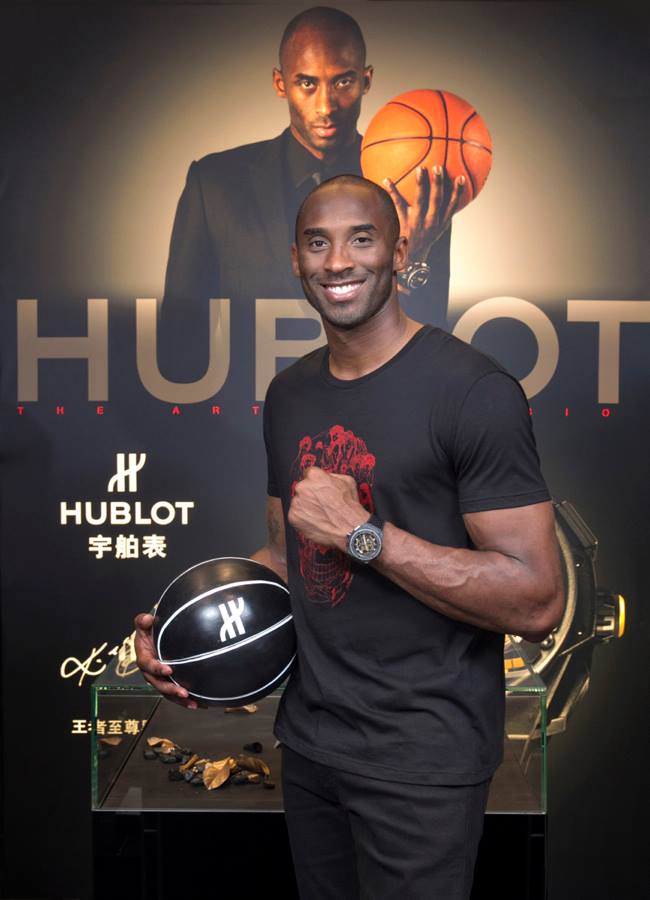 King Power Black Mamba Chrono is available to consumers in a limited edition of 250 pieces at the Hublot boutique, where Kobe Bryant also made his first trip there to claim one of the 250 limited edition watches.

Guests of the Hublot Shanghai party were present for Hublot presentation of Bryant’s King Power Black Mamba timepiece which was presented by Loic Biver. Bryant addressed a host of guests and media on hand, commenting about his excitement to be involved in Hublot’s creative and innovative design of the Black Mamba for the China market. 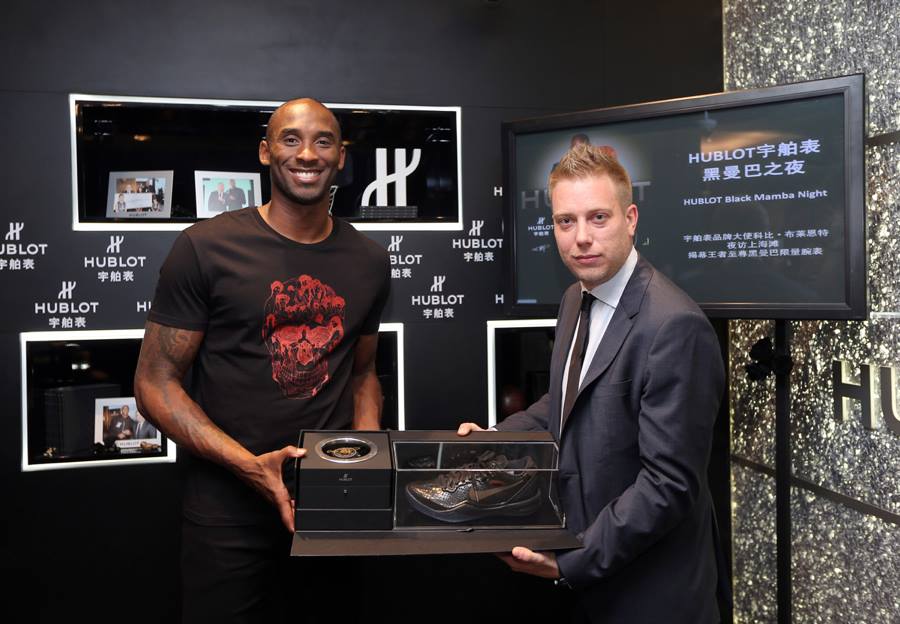 King Power Black Mamba is innovatively designed in layers housed in a black ceramic case that features a silver colored black mamba snake near the counter at 9 o’clock. It is as Hublot refers to its timepieces an innovative fusion of design and time.