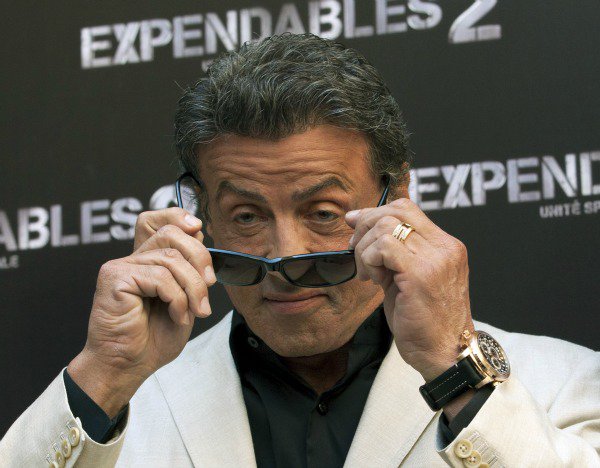 Sly Stallone has been busy, however, he certainly know how to rock Carl F. Bucherer Patravi TravelTech GMT watch both fashionably on and off the red carpet. During his European promo tour for his movie “The Expendable 2” Stallone was photographed sporting a Carl F. Bucherer Patravi TravelTech GMT in 18K rose gold watch at the Hotel George V on August 10, 2012 in Paris, France. The watch must have become a favorite, among his extensive collection of watches, as he wore it throughout his movie’s promotional tour. This impressive bold watch certainly suits Stallones’ persona and some of the larger than life characters he has portrayed throughout his acting career.

Carl F. Bucherer Patravi TravelTech GMT sports a bold 46.6mm case that is accentuated by beautiful 18k rose gold. Its black dramatic dial, rose gold hour, minutes, sweeping second hands and chronograph indicators adds to its aesthetic charm. It is capable of displaying three time zones simultaneously thanks to the functional interplay of its case and movement. It has a 24 hour indication scale on its bi-directional flange allowing for the red hours hand to show the correct local time. Setting the third time zone is accomplished by using a single push-button mechanism. 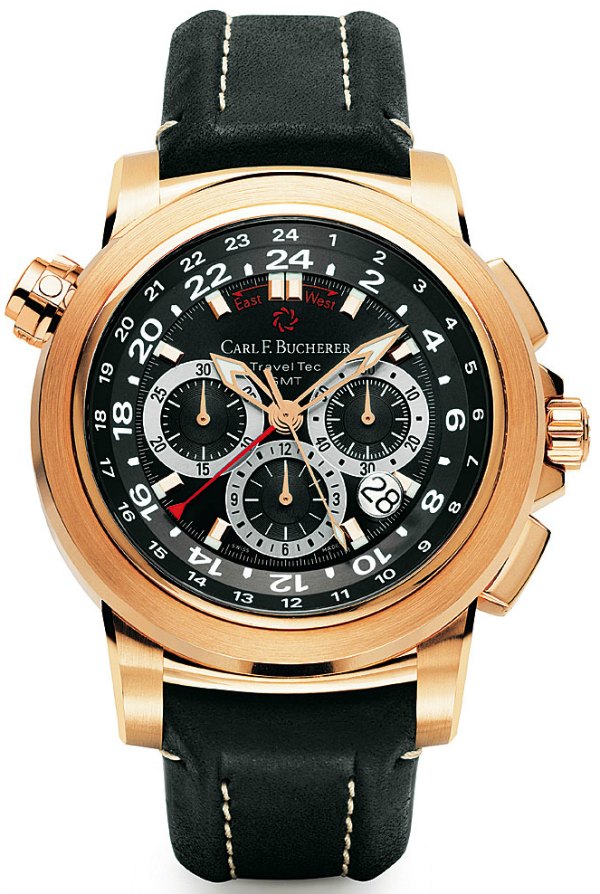 The masculine Patravi TravelTech GMT timepiece houses a modified ETA movement – caliber CFB 1901.1 automatic chronograph movement. Its sports three chronograph sub-dials, a round magnified date window and is adorned with a distinguished black calfskin leather strap that has an 18K rose gold pin lock folding clasp. Carl F. Bucherer Patravi TravelTech GMT is big and bold and a huge favorite with Stallone. Stallone is apparently an advocate for the “large watch” movement as well as quite the avid collector of all things watches, belt buckles and gadgets. 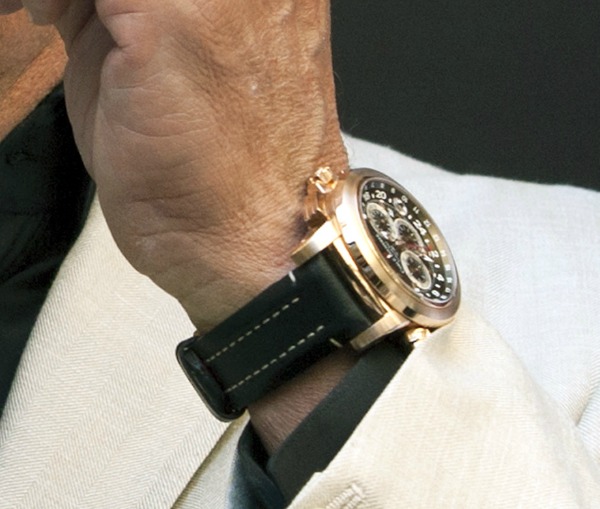 Stallone’s busy schedule may very well be a godsend in light of the loss of his beloved son Sage, whose death was attributed to a drug overdose. Stallone’s half-sister Toni Ann Filiti also succumbed to her battle against lung cancer on August 26, Sunday at their mother’s Jackie Stallone’s home in Santa Monica. These overwhelming events reveal his strong iron-clad demeanor to push through some of life’s most challenging situations, it certainly must be a difficult time for his entire family. Fans prayers are extended to Stallone and his family during their time of bereavement.