The Heuer Monaco watch worn by Steve McQueen in the movie Le Mans brought a phenomenal jaw dropping price of $799,500.

The opening reserve bid for this distinctive timepiece was $200,000 which was certainly nothing to scoff at. However, it did raise quite a few brows as a previous McQueen Monaco Chronograph auctioned by Antiquorum fetched merely $80,000. 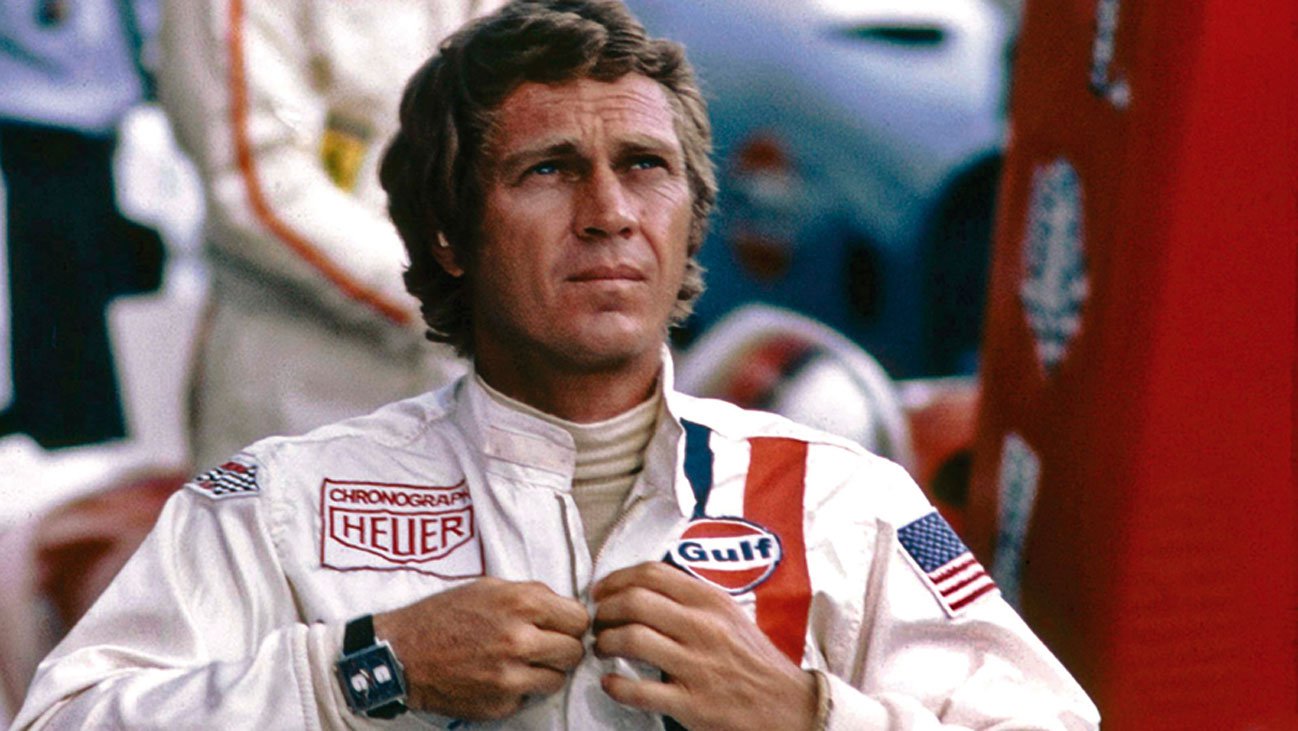 Steve McQueen’s TAG Heuer Monaco Chronograph holds a first as a racing memorabilia piece worn by a celebrity to have ever fetched such a handsome auction price at $799,500 in Hollywood. The watch does, however, hold significant historical firsts in the horlogerie manufacturing world as it was also the first square-cased watch to display an automatic chronograph and the first of Heuer’s brands to house Caibre 11 movements, which was originally released in 1969 in celebration of the Monaco Grand Prix. 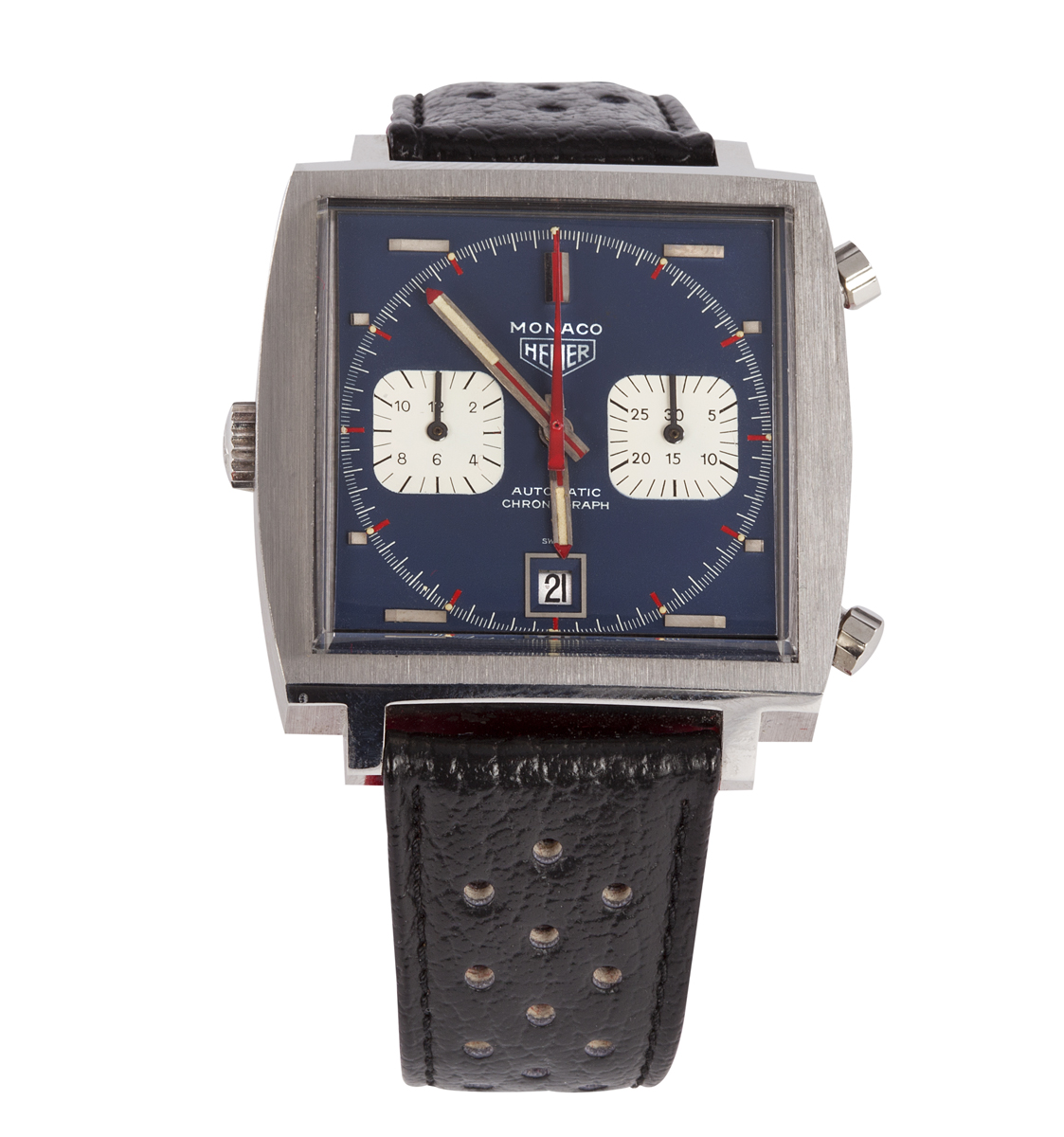 Distinguishing features of the Heuer Steve McQueen Monaco Chronograph includes a blue dial with two square-shaped chronograph sub-dials and date aperture window at 6 o’clock. It is accented with red sweeping seconds hand and red hour and minutes hands featuring a centered red racing strip and luminescent treatments near the ends of the hands. The timepiece caseback displays its reference number of 115 which is displayed on a slightly worn decal. The watch also included a factory printed certificate which indicates it was sold to the prop Master of Le Mans. It was present with all its documents inside a sporty red watch case with a black and white checkered racing border.

There has been much talk that there were actually six Heuer Monaco Chronographs that appeared on the prop list and that McQueen only wore these watches during the shooting of the Le Mans movie. Which at this juncture accounts for only two of the six, as for the other four – they are out there somewhere (cue eerie music).

If the opportunity to bid on one of these particular Heuer Monaco leaves a bit of hesitancy in wallet, TAG Heuer did re-introduce a reproduction of this vintage timepiece in its Monaco collection. The TAG Heuer Monaco Calibre 12 Automatic Chronograph presents all the charisma of its 1969 predecessor in a black or blue dial. Its design is inspired by Steve McQueen and the fierce Porsche 917K he drove in Le Mans. It displays luminous silver tone hands and index hour markers with two square shaped sub-dials like those of the original Heuer Monaco. 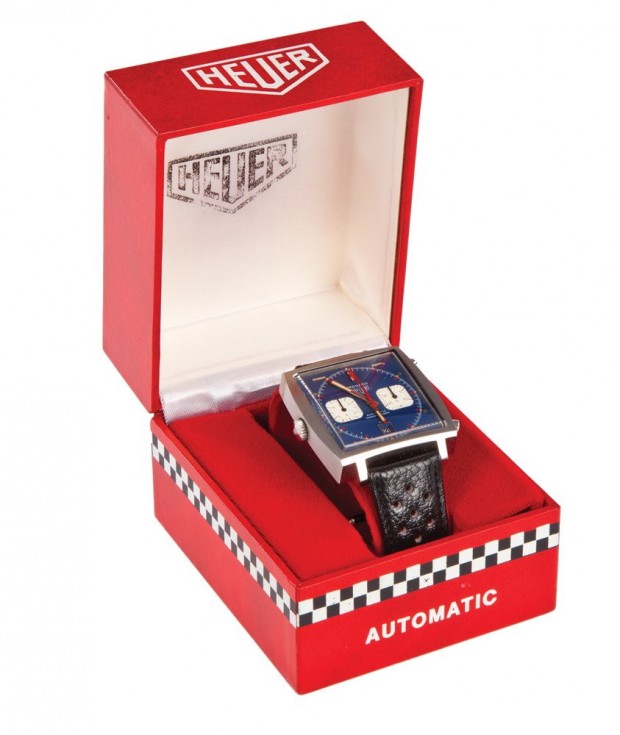 Tap into the spirit of Heuer Steve McQueen Monaco with one of TAG Heuer’s Monaco Calibre 12 Automatic Chronographs if $799,500 is exclusively pricey for your wallet. However, don’t get caught up in the racing spirit as you may want to practice some restraint should the desire strike to drive over a 120 mph on your local highways – because you may encounter a different type of time – clocked speed that is.