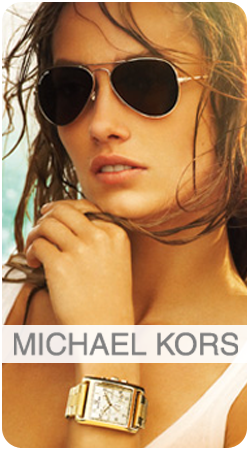 One of the most personal things one can wear is their watch; they are a perfect mix of function and form and represent all that Michael Kors Watches stands for, luxurious and chic design. To capture the jet setter in all of us, Michael Kors brings value and quality to his line of watches that is reflected in the pricing. The unique aspect is the attention to detail in the designs, from stitching to fabrics used; they perfectly coordinate with his clothing line, handbags and accessories.

In the 1980’s in New York, Michael Kors began a line for Lothar’s in Manhattan. He immediately began to draw customers in and soon the press took notice. He branched out in 1981 to launch his own brand and in 1983 his talent was recognized with the First American Original award from Dupont, the first of many he would receive. His focus was on ready-to-wear clothing that incorporates accessories and swimwear in a manner that they all work in unison. In 2001 he launched a men’s line which also incorporated accessories as well as a full scale line of clothing. In 2004 timepieces for both men and women were included in the mix with the Michael Michael Kors launch.
There are flagship boutiques throughout the United States and internationally in such places as Japan, the Middle East, Seoul, Milan, Munich and London. In 2006 accessories were aggressively campaigned throughout the world.

Fashion and style are a major focal point for Michael Kors, each watch shares features such as water-resistance, stainless steel or leather straps and they are either analog or chronograph. He uses Swarovski crystals or mother of pearl on the dial face and plated over stainless steel in black, silver, two-tone, gunmetal, rose gold or yellow gold metals.
The straps are also made of polyurethane, ceramic, acetate or polyurethane wrapped links. The leather straps are done in mixed materials and patterns from python to crocodile and other exciting patterns. They are available in bright colors as well. The more formal versions come with a signature adjust-o-matic closure and the sports styles use a secure sport clasp. Some of the unique features on Michael Kors Watches are the signature buckle and crown and the etched case backs. A built-in stop watch is featured on the chronograph style with a push button start and rest. Michael Kors does everything with style and finesse, his logo is inscribed throughout the design details of the watch and on the closure clasp and dial.