An Irish Company seems to have set its sights on Russian domain names that have been trademarked by makers of luxury Swiss watches who are members of The Swatch Group.

Holmbrook Limited, a company based in Dublin, has found itself in legal battles brought by the brands Longines Watch Co., Rado Uhren and now Tissot AG for hijacking Russian (.ru) domain names that the watchmakers believe are rightfully theirs.

In earlier proceedings, the Moscow Commerical Court sided with Longines and Rado, prohibiting Holmrook from using the domain names and awarding the claimants modest monetary damages, but Tissot has not been as successful. On December 6, 2011, the court ruled against the company, stating that Holmrook was neither the owner of the tissot.ru domain name, nor its administrator. Apparently, Holmrook had given the name and well as administration rights to an individual named Nikolai Mikhailyukov free of charge. Mikhailyukov has been using the site to post information about the French painter, James Jacques Joseph Tissot.

Tissot AG claims that the site was not dedicated to the painter until after charges had already been filed. 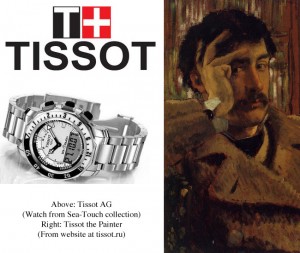 Why Holmrook is targeting Swiss watchmakers is unclear; what the company even does is hard to pin down with a simple Google search. Holmrook Limited has no website, no Wikipedia page and no presence within social media. In fact, the bulk of its public activity seems to be defending itself in court against angry Swiss watchmakers.

Steve Levy, a writer for The Fair Winds Blog: DomainStrategy.com, has a theory. “It would seem Holmrook’s main function is investing in domain names (some may call it cybersquatting instead of investing), and I view the use of content relating to the artist James Tissot to be a clever ruse which was specifically intended to avoid enforcement. It would be like someone registering apple.ru and posting pictures of fruit but with the real intention of waiting for the famous computer/mobile device company to seek out the owner and offer them a huge sum to buy the domain.”

On his website, Levy makes the comment that these problems tend to abound in Russian web spaces, due to “lax copyright enforcement and a rampant counterfeiting industry.” His suggestion to businesses is to register any important trademarks in the .ru domain quickly, before cybersquatters do.

An appeal by Tissot was scheduled for Feb. 8, 2012 before the Russian Ninth Commercial Court of Appeals. And it’s a good bet that Omega, Union Glashütte, Breguet, Tourbillon, Calvin Klein and other Swatch Group companies are registering .ru domain names as quickly as possible. 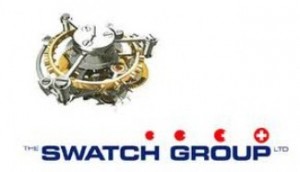