HD3 Slyde watch takes a resounding quantum leap into an ever evolving 3D tunnel of digital technology that is absolutely cutting edge.

If you wax nostalgic over the digital watches of the 70s you may find yourself giddy over the HD3 Slyde watch. The watch has innovatively evolved just since its introduction last year. The Slyde watch offers cutting edge technology presented with luxurious details and styling. 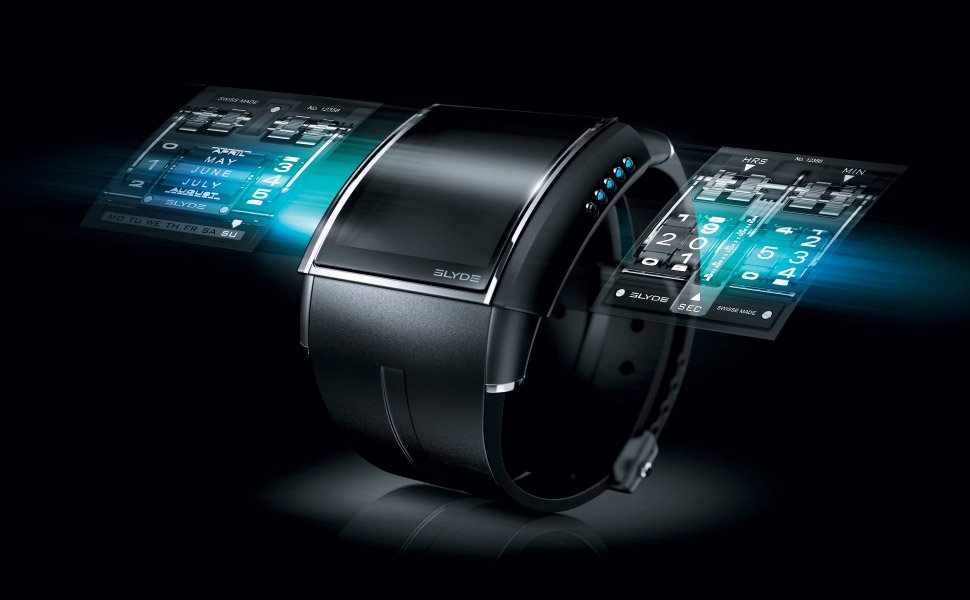 The Slyde watch is a touch screen display digital watch that combines high-end design and clever craftsmanship with aesthetic charm. It features sophisticated complications which are inspired by smartphone technology. It offers a tactile screen whose watch face may be changed by merely sliding one’s fingers across the screen – a screen with optional time face displays.

The Slyde has a domed sapphire touch screen glass. It intuitively distinguishes between different gestures such as a “tap” which lights and activates an animate module. There is a sliding or scrolling module that allow for navigation between two display axes. There is also the “press” touch – which makes the setting of the screens appear, allowing for the setup of time via modules – such as hour, date, time zone, timer, chronograph, etc. By simply sliding one’s fingers across the watch screen an unlimited variety of watches faces display including a virtual digital displays for a digital tourbillon, calendar, date, virtual moon phases. Yes, this timepiece is fancy, huh, and everything big. 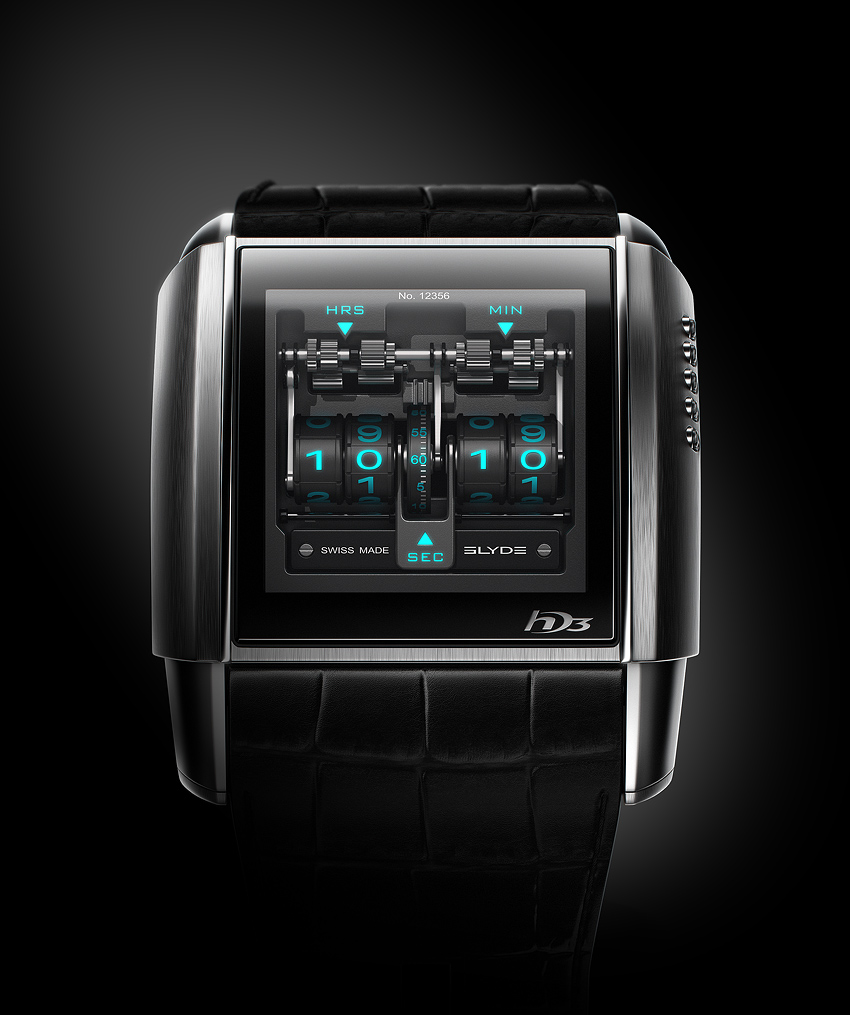 It is the first virtual mechanical movement, Swiss watch, designed and displayed in real time, thanks in part to a microcontroller that processes 30 images per second. The virtual modules are in 3D and the software evolves constantly thanks to HD3 clever designers and user intervention, making it a process that never ends, virtually speaking.

Jorg Hysek Jr. designed and developed the HD3 Slyde for 2 years. Its design challenges traditional watch manufacturers by creating a modern timepiece that combined modern aesthetics and mechanical complexity. It is a conceptual watch appealing to devotees of fine watch making and cutting edge technologies – a watch that transmits emotion.
It is Slyde’s evolutionary display that enables owners to customize an infinite number of dials for events, personal fancies, special fancies or any number of special occasions that makes it so appealing.

The HD3 Slyde is manufactured in Switzerland at its workshop located in the village of Luins, ideally situated on the loping hills along the scenic lake between Geneva and Lausanne. 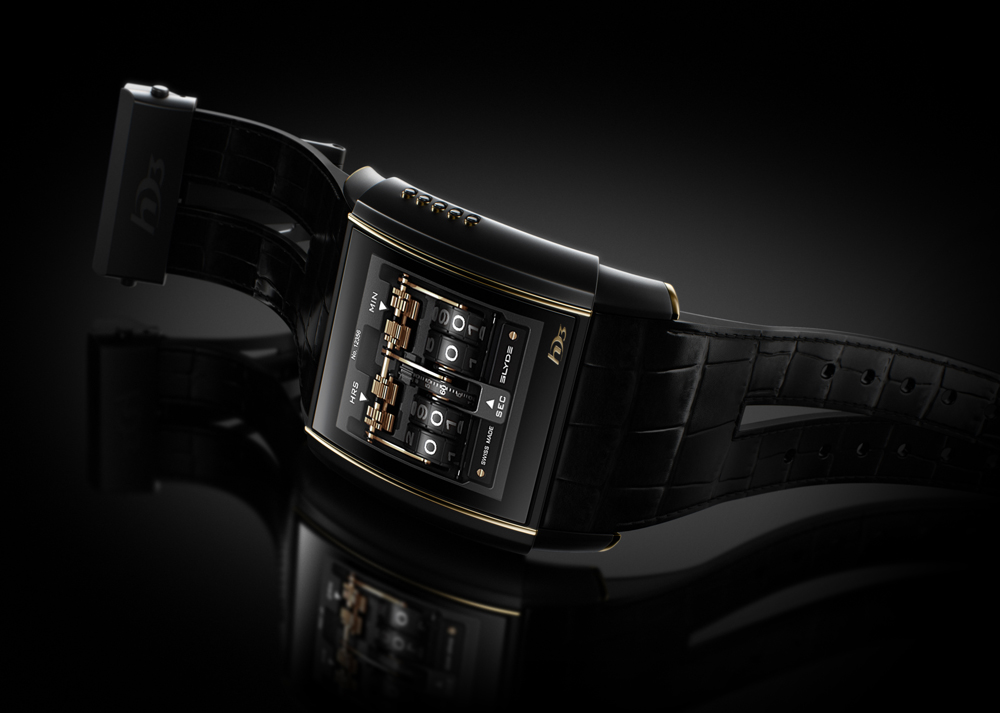 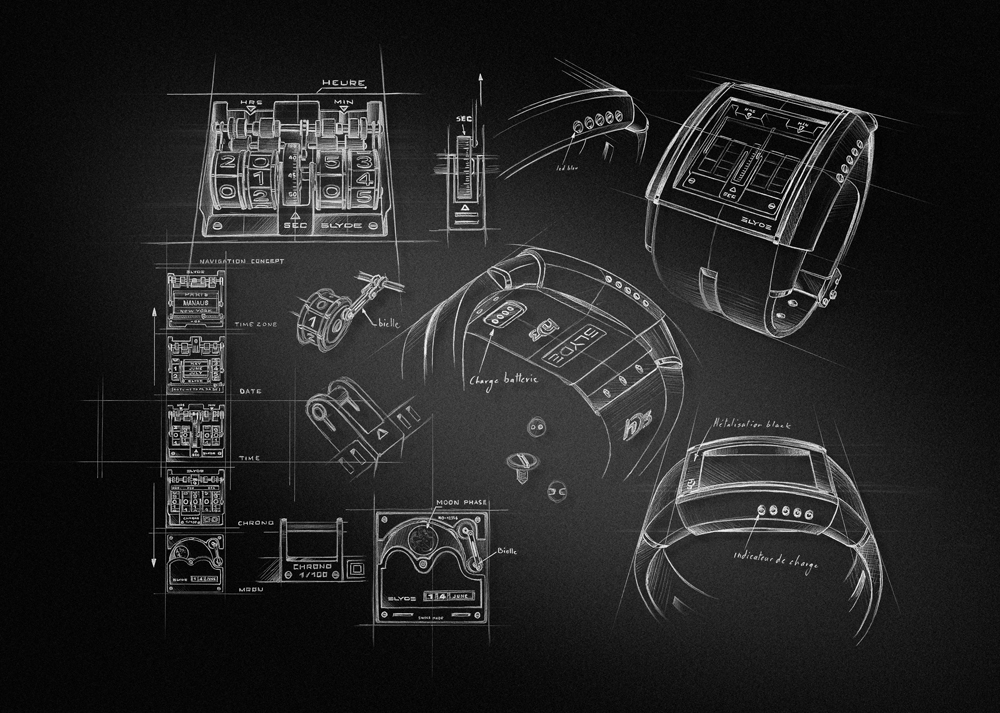