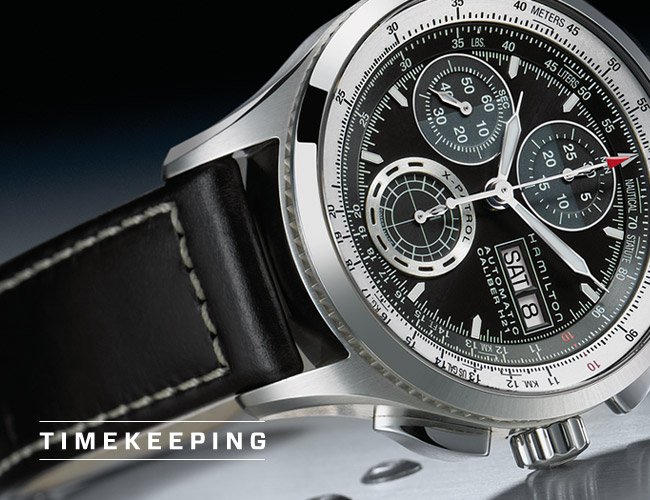 From the inception of the company, Hamilton sought to make “America’s finest watch” and eventually developed a reputation for creating only the finest quality pocket watches available. Hamilton began its legacy making high caliber railroad watches then ventured into the field of marine chronometers which were shipped to Navy troops overseas during World War II.

After more mergers and acquisitions, Hamilton has continued to manufacture fine luxury watches and continues to make timepieces that features glimpses into the world of film, aviation, and digital technology. They continue to design timepieces linking the famed technologies of the Swiss while celebrating the American spirit. Hamilton’s Khaki X-Patrol personifies this unique spirit along with striking aeronautic features. 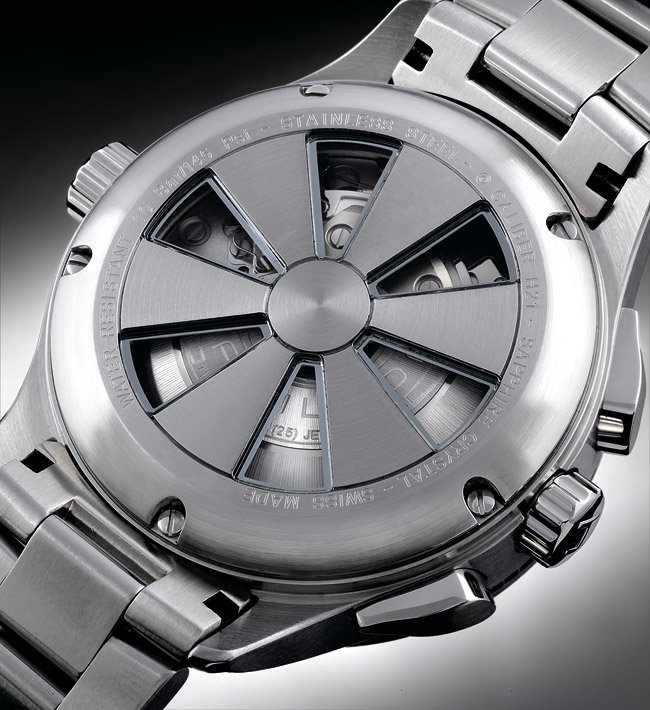 The Khaki X-Patrol was released as part of Hamilton’s 120th anniversary commemoration and is a must-have for world-travelers who enjoy a good-looking watch that is as smart as it is attractive. The Khaki X-Patrol has the unique feature of having a mechanical conversion function that permits one to convert different units of measurements.

Another unique characteristic of this timepiece is that it is powered by a new automatic Caiber H21 chronograph which tracks chronograph hours, minutes and seconds on its three subdials. There is a day and date window, 60 hour power reserve, and water resistance to 328 feet. Watch collectors can choose black or silver dials with reflectors in contrasting colors, three different types of straps ranging from black leather, black rubber and a silver bracelet. 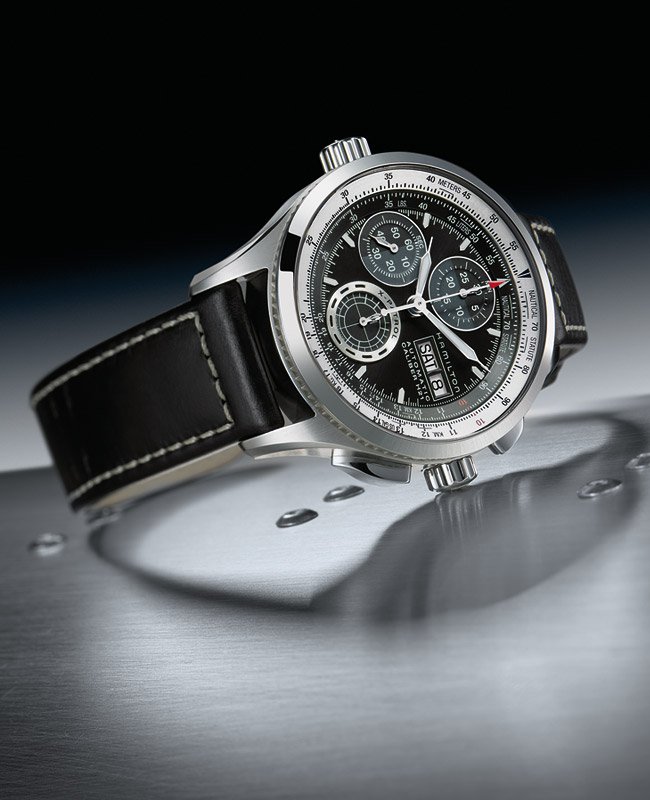 The Khaki X-Patrol has a very impressive case back that pays homage to the aviation industry. The propeller-like design on the back of the case allows the owner of the watch to witness a limited view of the watch’s movement. Another special feature of the case back is the visible screws with non-reflective coating on the sapphire crystal. As previously mentioned, this elegant timepiece would make a great addition to any collection of watches or would make a fine starter to a collection of luxury watches for the gentleman who enjoys frequent travels across international borders. Priced at $1,695 this watch will not break the bank and makes an excellent addition to anyone’s collection of accessories.