TAG Heuer was proud to celebrate 100 Years of Innovation at the Aventura Mall in Miami on August 10 with brand ambassador, Giancarlo Stanton, right fielder for the Miami Marlins. Stanton became a spokesman for TAG Heuer in September of 2015, connecting the world of baseball with the premier Swiss luxury sports watch brand. 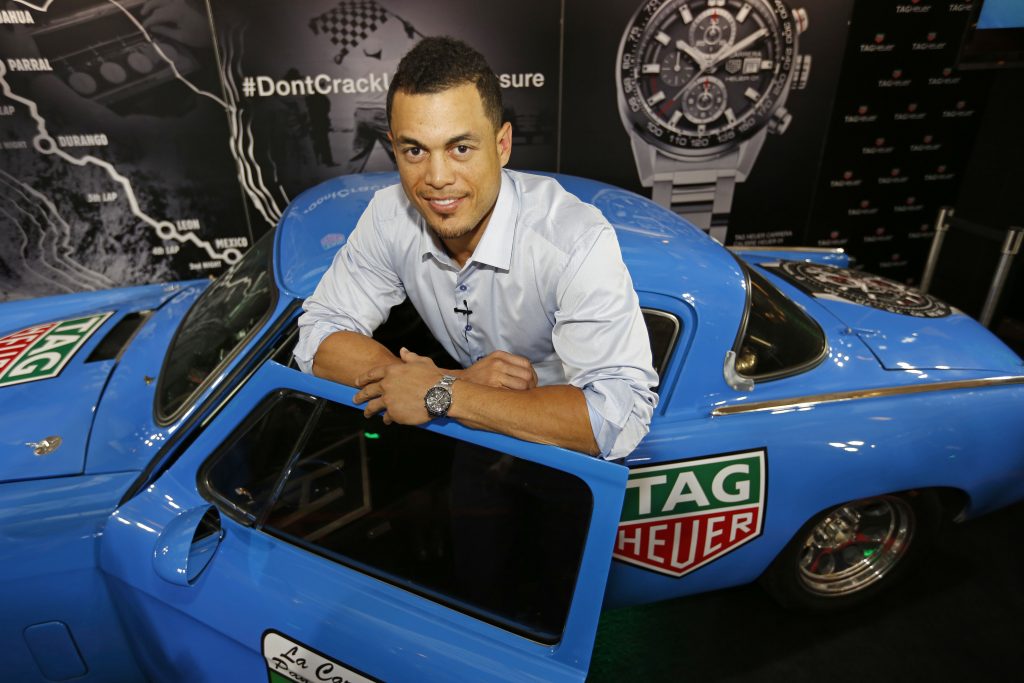 Established in 1860, TAG Heuer has excelled as a luxury sports brand by perfecting the chronograph movement and crafting watches that guarantee unwavering precision despite extreme conditions.  TAG Heuer’s commitment to excellence under pressure finds kinship with Giancarlo Stanton, who thrives in the high stakes and competitive environment of Major League Baseball. During the event, Stanton wore one of the newest pieces in the Carrera collection, the Heuer 01. 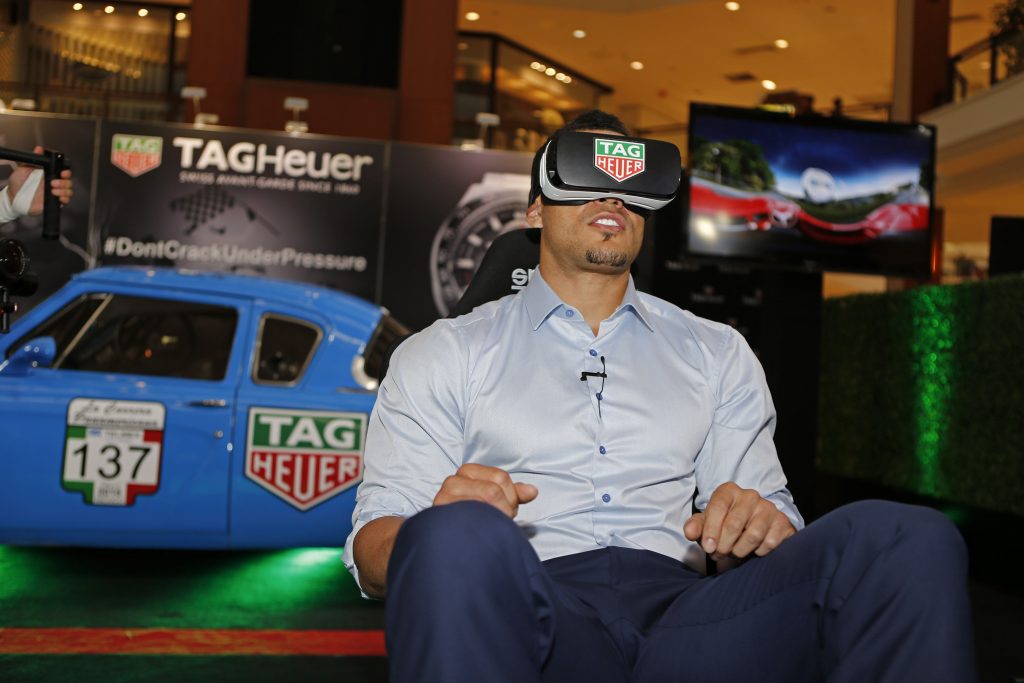 At the exhibit, TAG Heuer showcased historical timepieces celebrating 100 years of advancements in watchmaking, displaying the brand’s past alongside its future to highlight TAG Heuer’s heritage of innovation. The brand presented the 1916 Mikrograph and the 2016 re-edition, the 1963 Carrera and its evolution to the Heuer 01 and Heuer 02, and most strikingly, the first 1916 wristwatch alongside the Connected Watch. 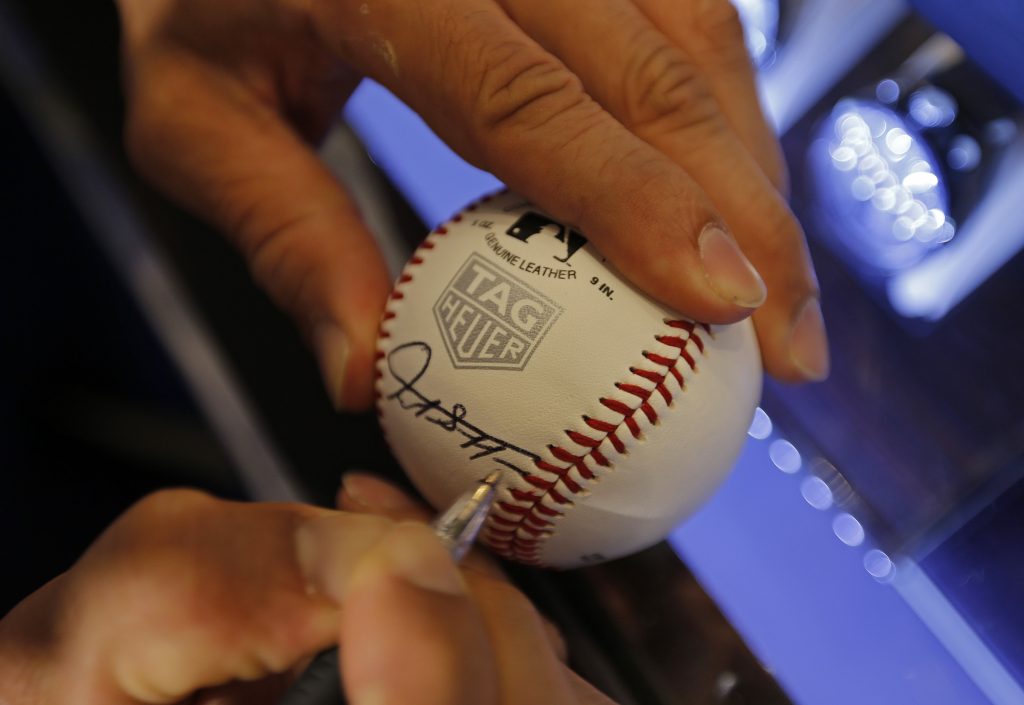 Guests were able to virtually experience the history of the Carrera watch from the 1960’s to the present time in a two-minute video with 360-degree views. To further celebrate the Carrera, an original 1953 Studebaker souped up with a NASCAR engine, an homage to the famous Mexican Carrera Panamericana race remake of the 1953 Studebaker was displayed to pay homage to driver Hilaire Damiron and the Mexican Carrera Panamericana race which inspired the Carrera collection name. TAG Heuer has a long connection to racing, notably since 1963 when Jack Heuer designed the Carrera, a revolutionary chronograph designed specifically for racing drivers, which has since become a symbol of the brand. TAG Heuer has continued its support of the legendary competition and recently signed a two-year partnership as the official timekeeper and the official timepiece for the race. Karen Leon, daughter of Eduardo Leon, President of the Carrera Panamericana, was also in attendance at the Aventura Mall to celebrate the history of TAG Heuer and the Carrera Panamericana. 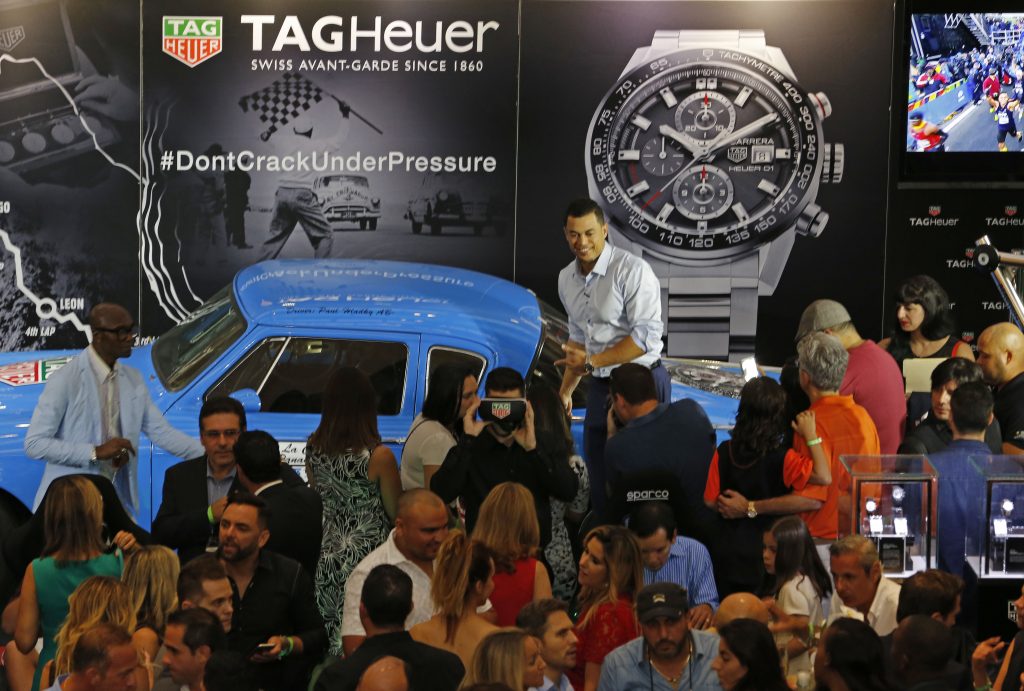