Wimbledon is the world’s oldest, biggest, and most prestigious annual tennis tournament. The tournament has been held at Wimbledon, London at the All England Club since 1877. It is one of the four Grand Slam tennis tournaments. It is also the only major that is still played on the game’s original surface, grass. The other three majors include the US Open, French Open, and Australian Open. This tournament takes places over two weeks in the summertime, in late June and early July. Wimbledon has long standing traditions which include a strict dress code for its competitors and spectators. 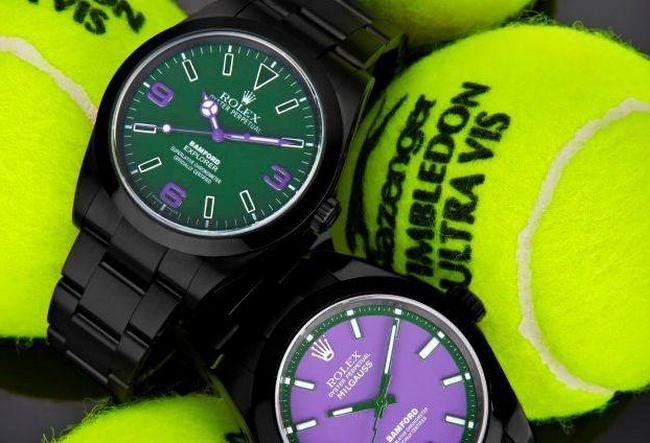 Bamford Watch Department’s motto is “if you can imagine it then we can create it.” The company specializes in personalizing a range of steel sport watches. Founded about 10 years ago, the company takes various iconic sports watches from some major brands and personalizes to customer’s requests and needs. Customers get to choose designs and other specifications from various options the company offers. This is perfect for watch lovers that like exclusive and one of a kind timepieces. These brands include iconic brands such as Rolex, Heuer, Patek Philippe, and Audermas Piguet. The company works independently from thise brands and has its own two year warranty.

Bamford Watch Department has now released two limited edition Rolex watches to celebrate the 2012 Wimbledon tournament. These ‘Wimbledon Pack’ two limited edition Rolexes are a great way to celebrate and commemorate this esteemed tennis tournament that both tennis lovers and watch lovers can appreciate. These Bamford watches include the Rolex SE Explorer I and the Rolex Milgauss SE. Both these limited edition timepieces have black case that is treated with PVD (Physical Vapor Deposit). The bracelets are also PVD treated and complement the case well. 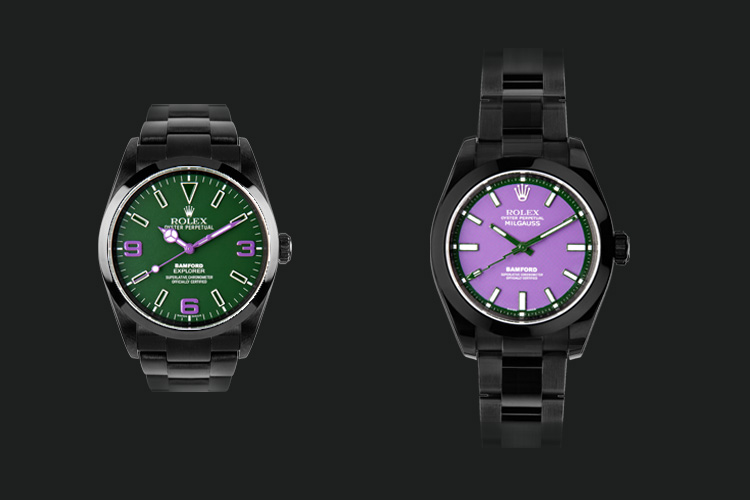 The Rolex SE Explorer has green dial that is very easily noticeable. The 3, 6, and 9 hour marks are in purple Arabic numerals. The hour, minute, and second hands are also in similar purple. The Rolex logo and name is easily seen under the 12 o’clock position. The Rolex Milgauss SE has light purple dial with green rims around the edges. The hour, minute, and second hands are of similar green as well. The hour marks are in a bright white that is visibly against the purple background of the dial. Both these watches are very user friendly and made to tell time with simple glance of the watch.