A. Lange opened its second boutique in the Dubai Mall on September 26, 2012. The opening was marked with a special limited edition Lange Zeitwerk Handwerkskunst watch.
A. Lange & S?hne boutique is the largest Saxon watch brand to open in the Dubai Mall. The boutique has over a 2000 square feet sales floor where distinguished guests celebrated the opening with an introduction of the new limited edition Lange Zeitwerk Handwerkskunst watch which is only available at A Lange & S?hne seven boutiques worldwide: Dubai, Abu Dhabi, Dresden, Shanghai, Tokyo, Seoul and Hong Kong. 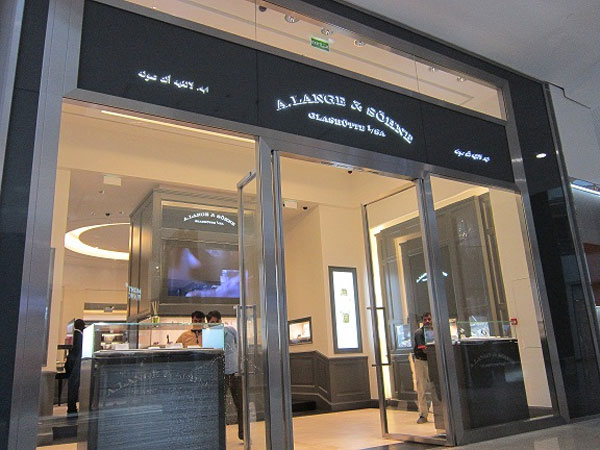 The Lange Zeitwerk Handwerkskunst watch is a special limited edition of 30 available pieces. Guest in attendance were privileged to observe how an engraver from the Manufaktur exhibit how the balance and escape wheel cocks are hand-decorated on each of the 30 pieces of the limited edition timepieces. The watch is notable for its masterful watch case, dial and ornate movement exemplary of A. Lange & S?hne meticulous craftsmanship and watch making excellence.

The Lange Zeitwerk Handwerkskunst is also the first mechanical watch featuring a constant-force escapement to achieve a precisely jumping numerals display. Its Handwerkskunst designation has allowed the timepiece to propel to a new level with its a Glashütte lever escapement stand for the artisanal and horological proficiency of the Saxon manufactory.
Lange Zeitwerk features a round 41.9 mm platinum case and dial in black-rhodiumed white gold is endowed with an elaborate tremblage engraving.

The engraver manually guides a specially crafted lining burin across the surface in a precise choreo­graphed multi-directional movement. This produced its intricate granular texture. A formidable challenge for the engravers: The curved A. Lange & Söhne logo and the filigreed lettering of the power-reserve indicator remain standing in sharply contoured relief. Decorated with linear graining, the time bridge in rhodiumed German silver con­trasts with the dark dial. Used tradition­ally at Lange for frame elements such as bridges and cocks, German silver identi­fies it as part of the movement ensemble. Skillfully integrated in the dial, the time bridge embraces all time indications: the large white numerals of the hour and minute displays as well as the grey seconds dial in solid silver. The interaction of precious metals culmi­nates with the platinum case. The A. Lange & Söhne signature, the case number and the edition serial number on the caseback are hand-engraved as well. 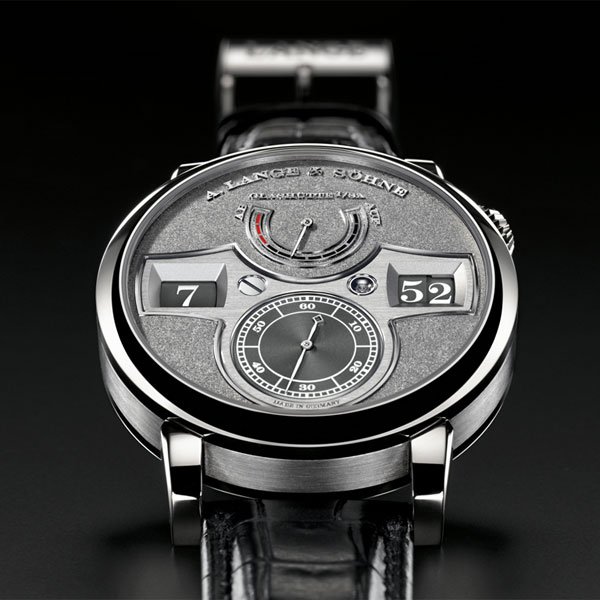 Again this incredible Lange Zeitwerk timepiece is limited to 30 pieces and is exclusively available through A. Lange & Söhne’s seven boutiques worldwide.